This early dialogue took the form of a series of spoken fragments developed in correspondence by Phelan and Heathfield and then composed in an interleaved structure. Employing slide imagery and a musical score the correspondence was pursued through a ‘game’ of spelling in which the authors gradually chalked out the word CLOSE on a black board.

Blood Math was commissioned by the performance company Goat Island and was first performed at the Goat Island Summer School, The School of the Art Institute of Chicago, July 1999. It was later performed at Virtual and Visceral, Performance Studies international, Phoenix, March 2000 and at the London International Festival of Theatre, Riverside Studios London, June 2001.

A version of the text without images and sound is published in The Performance of Love an issue of Cultural Studies, Vol. 15. No. 2. April.

Read the dialogue below 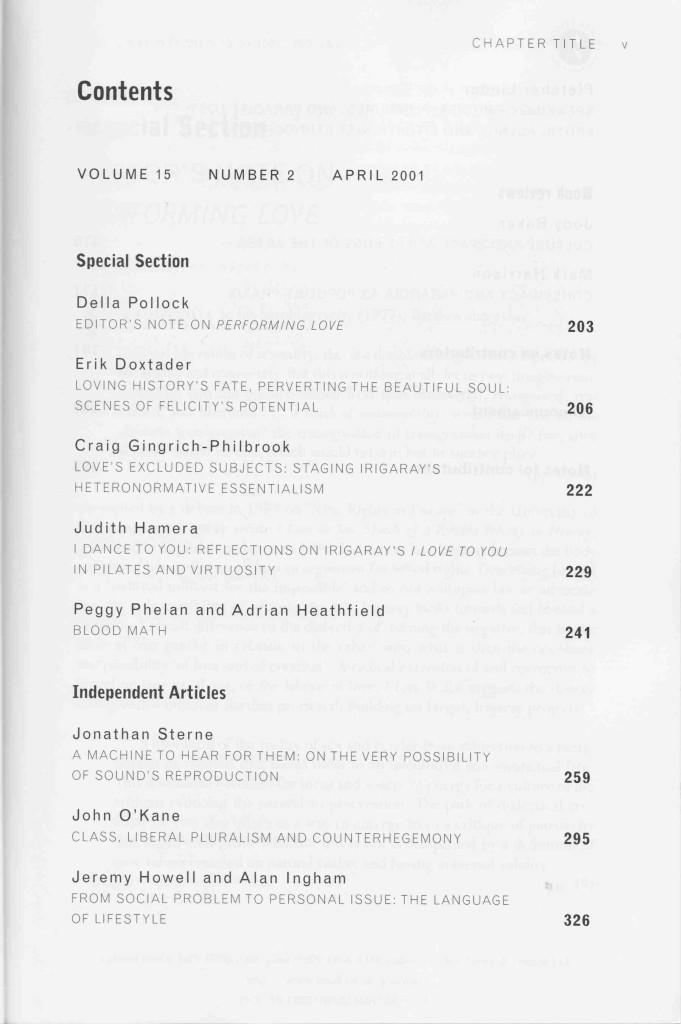 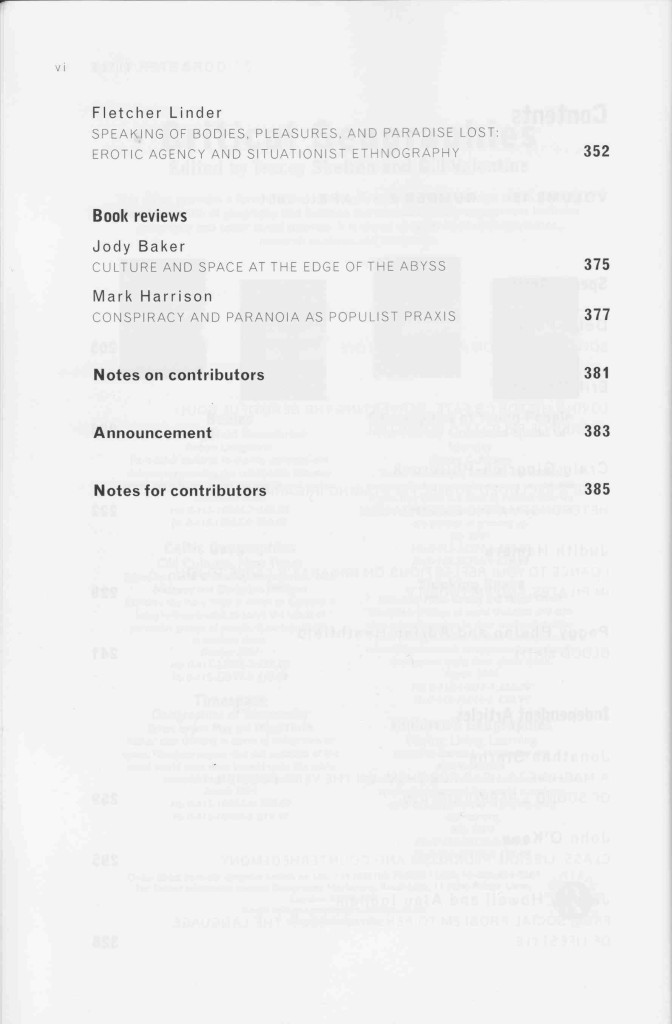 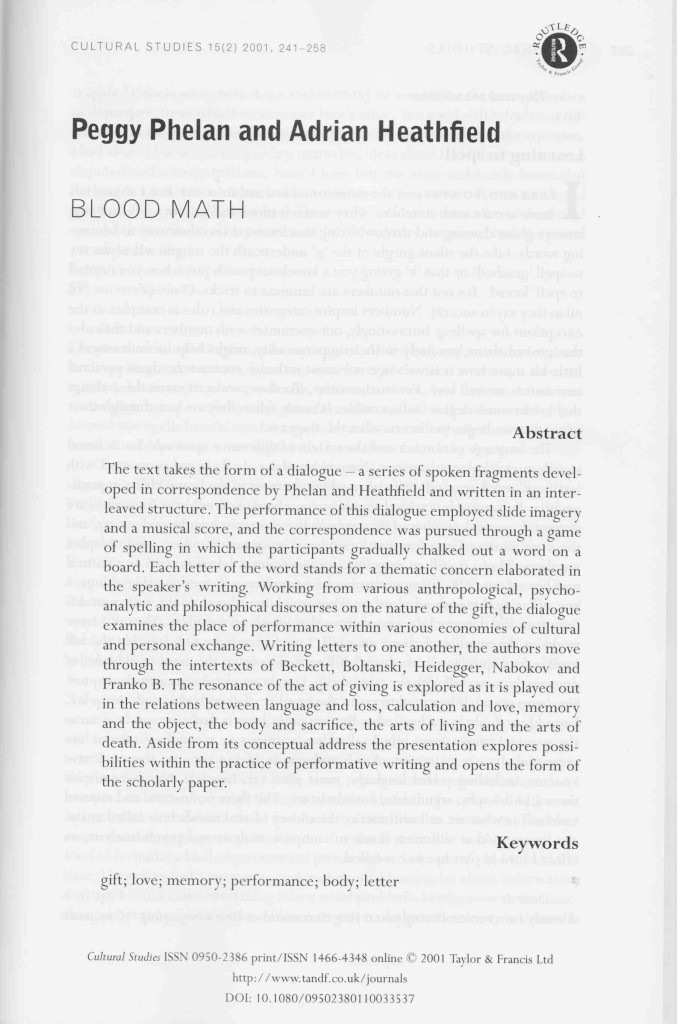 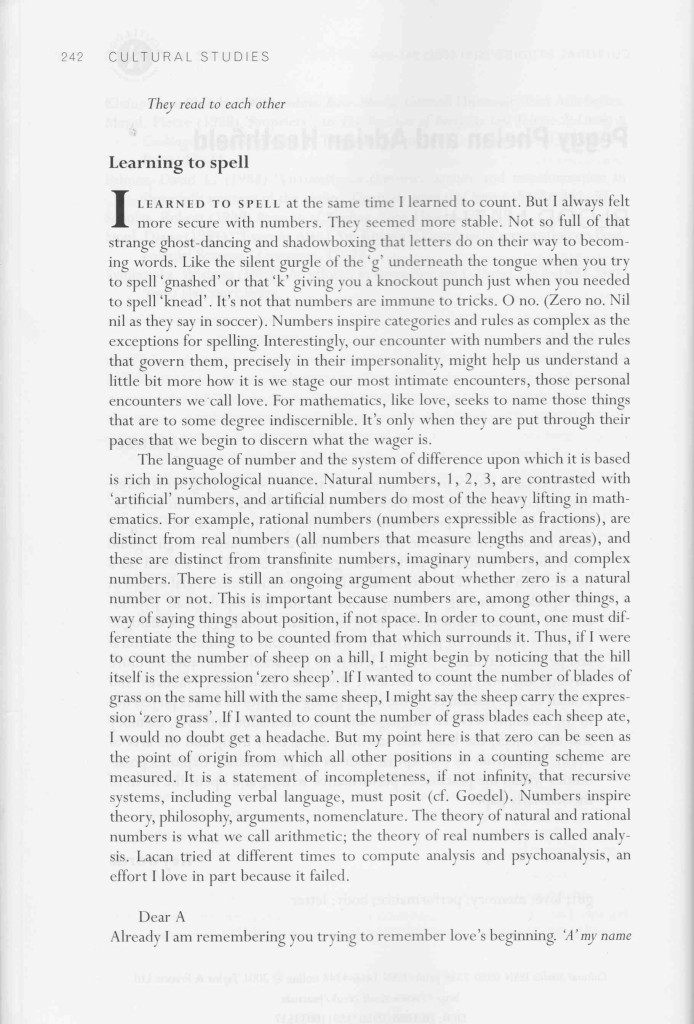 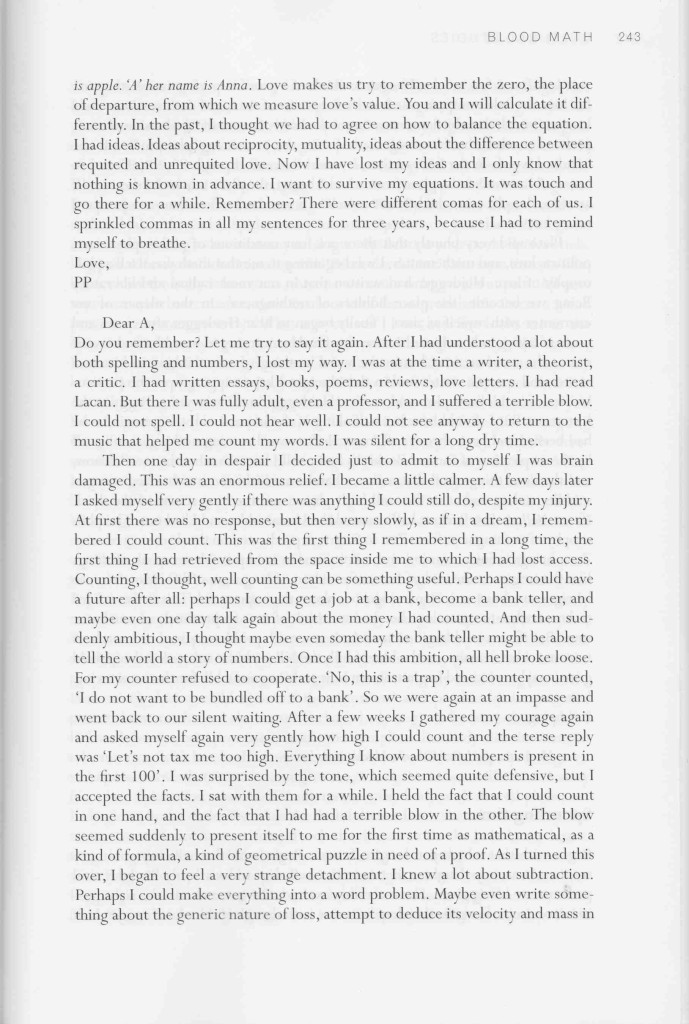 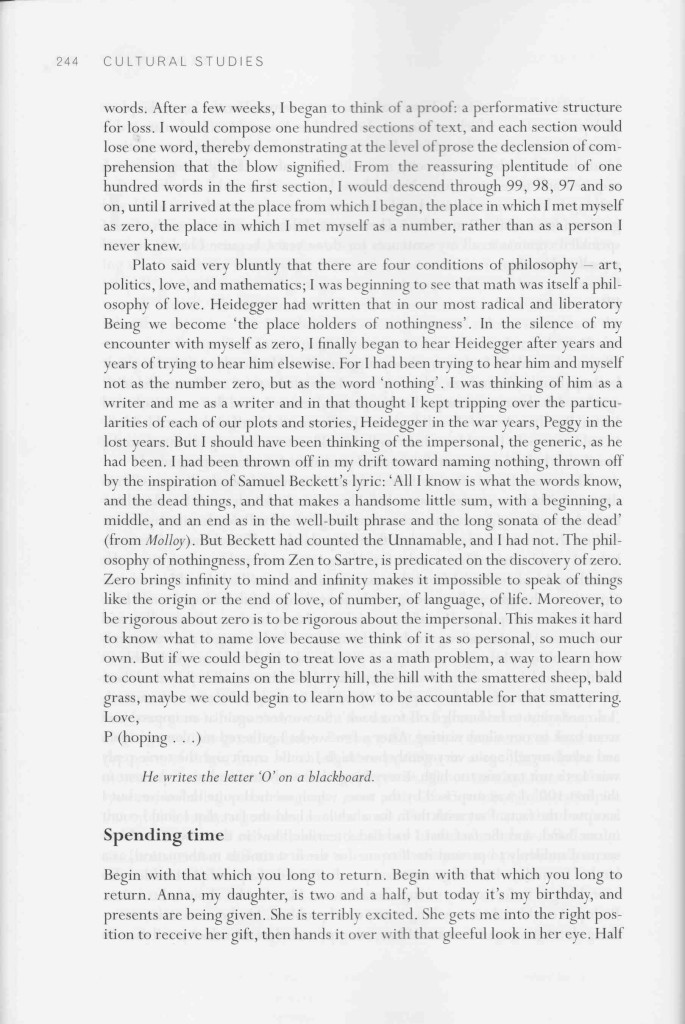 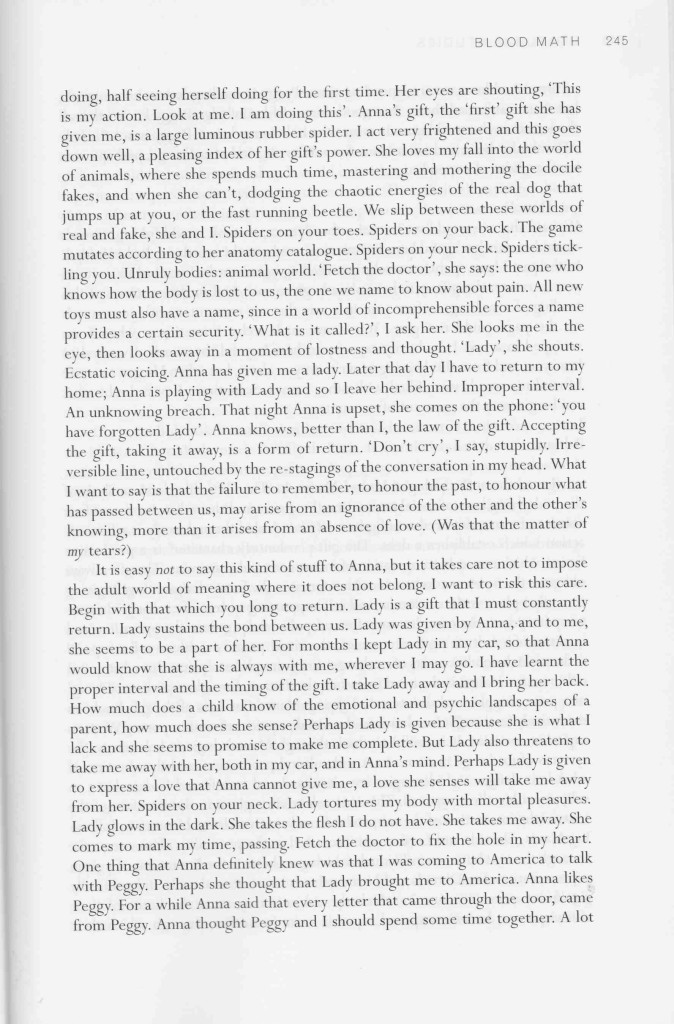 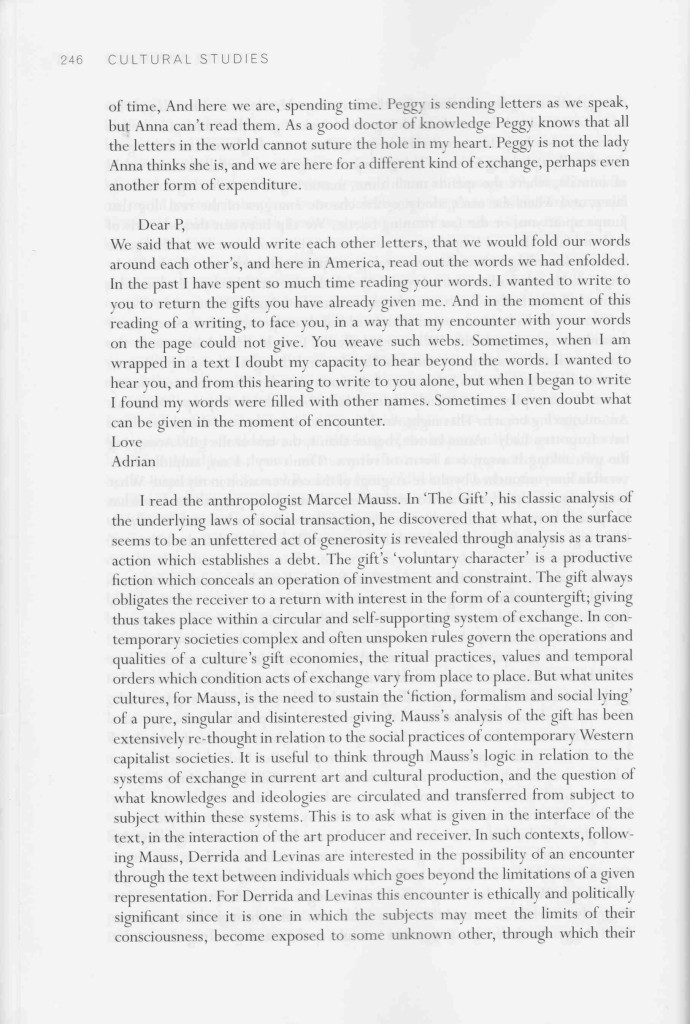 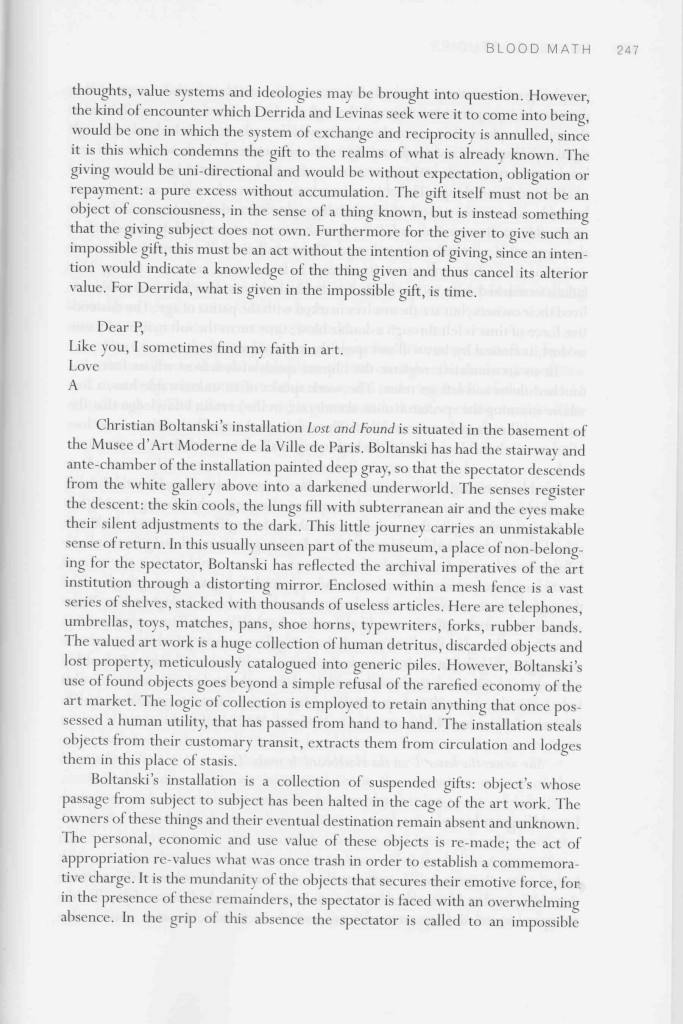 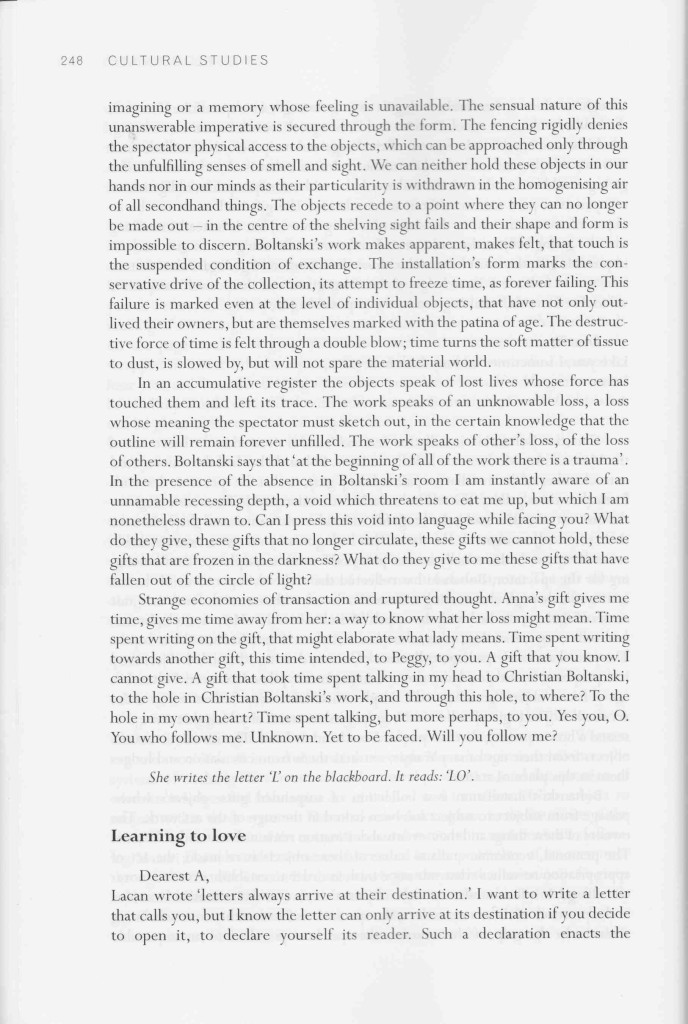 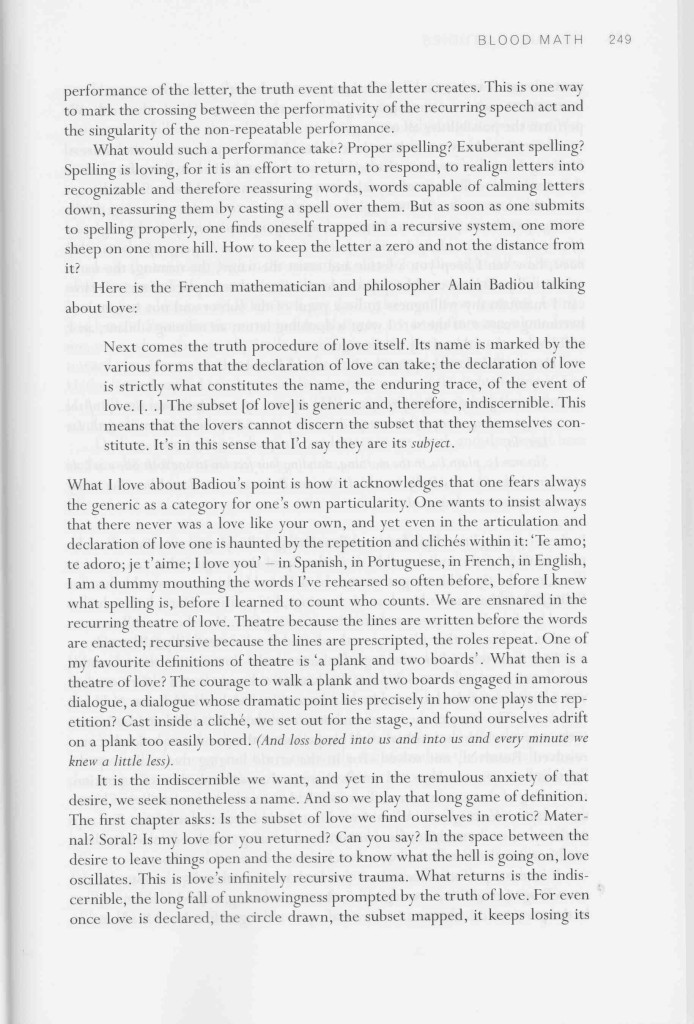 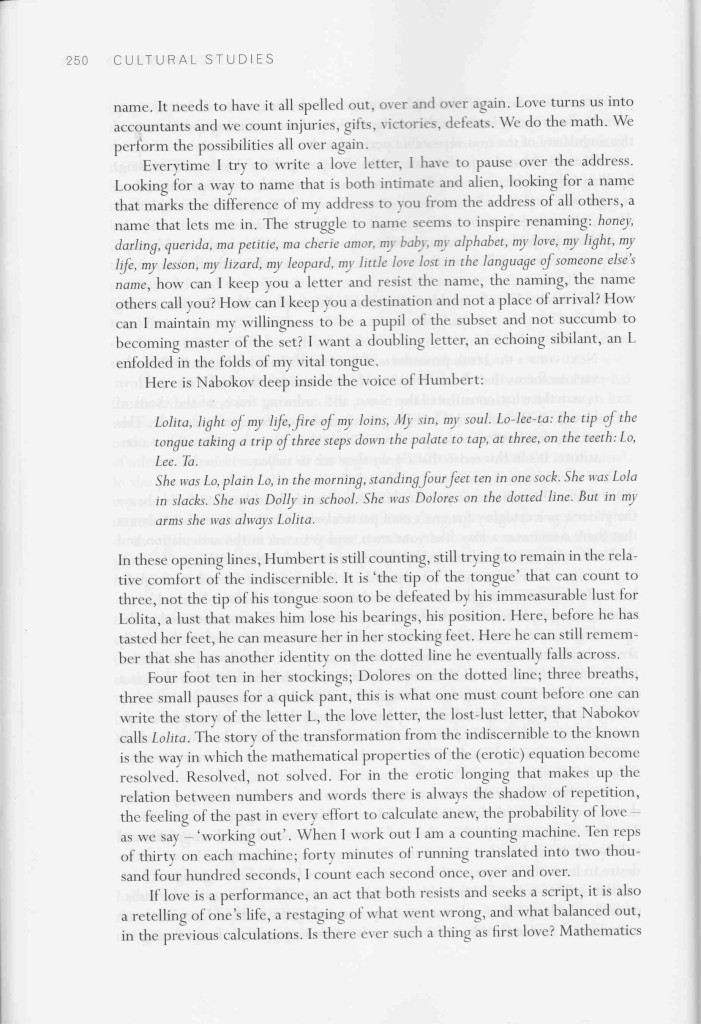 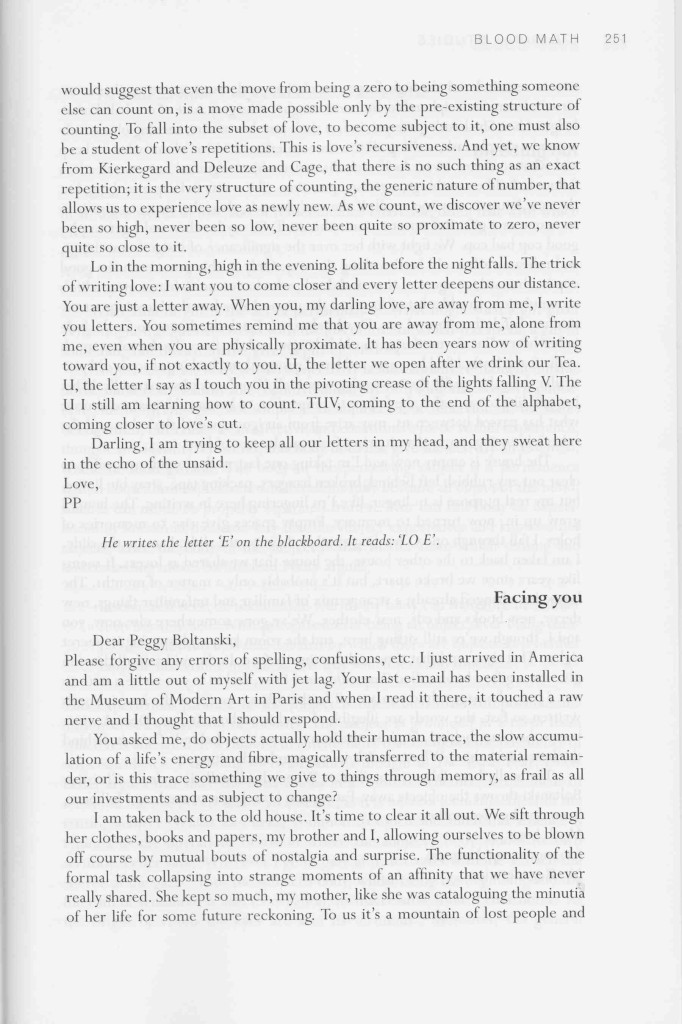 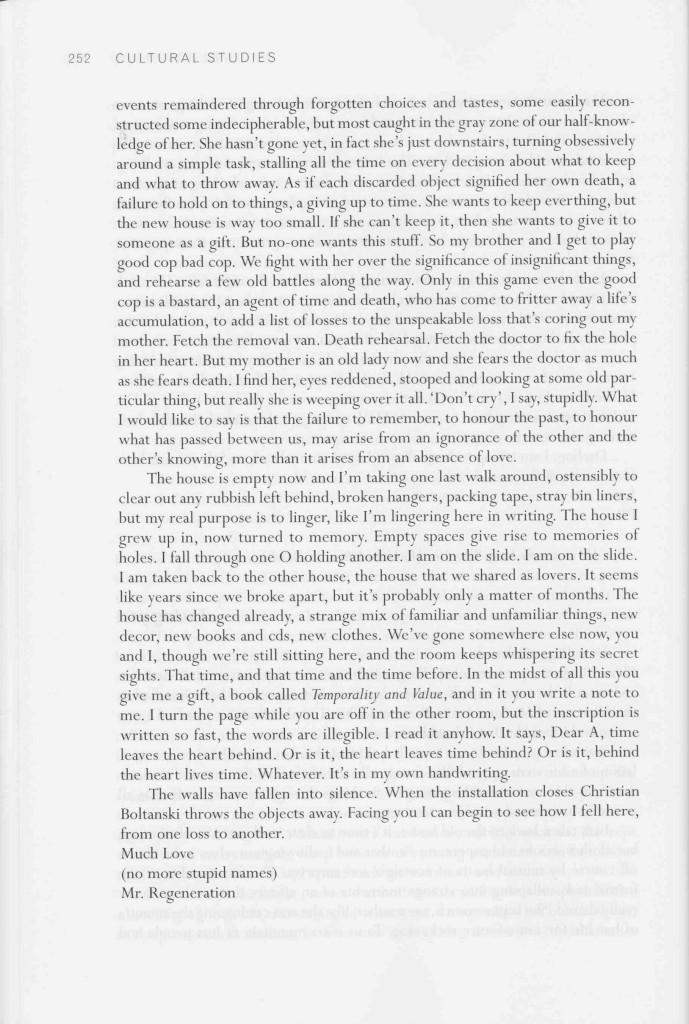 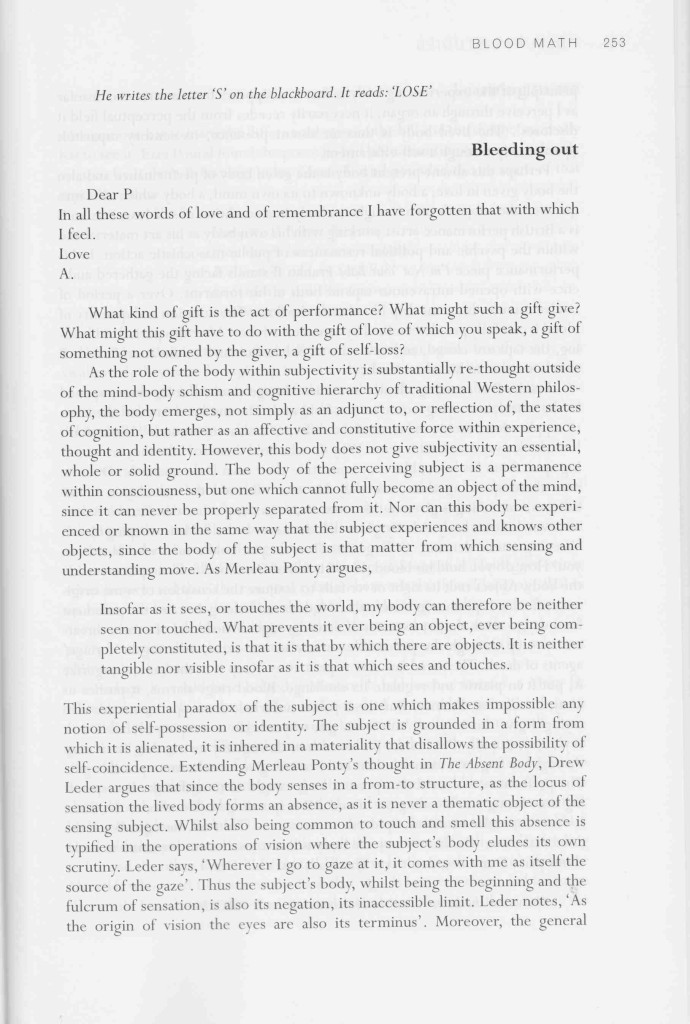 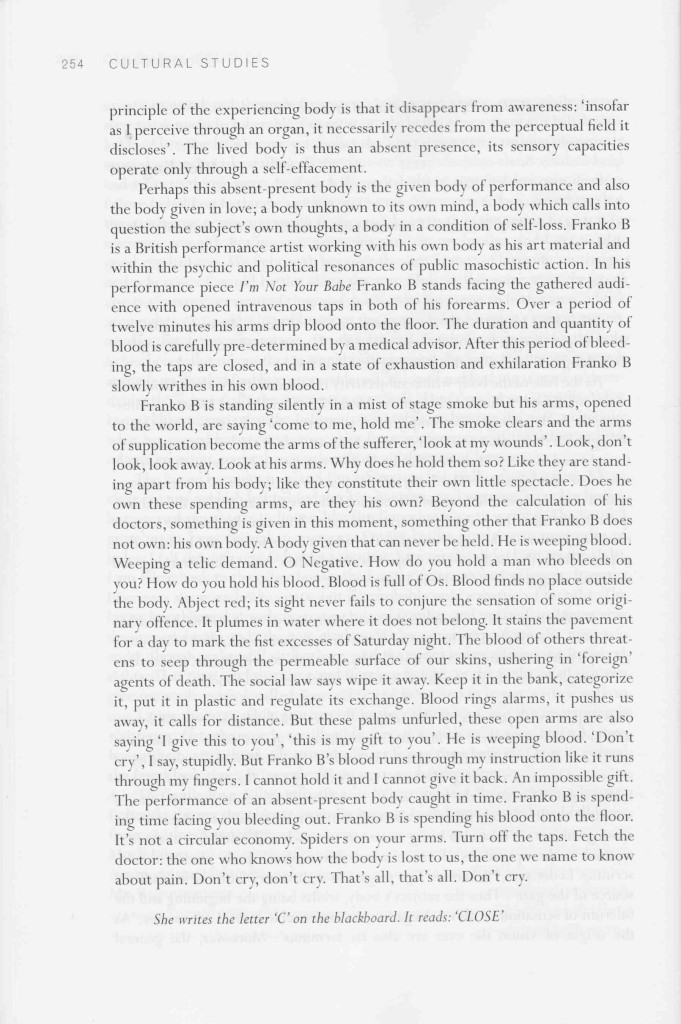 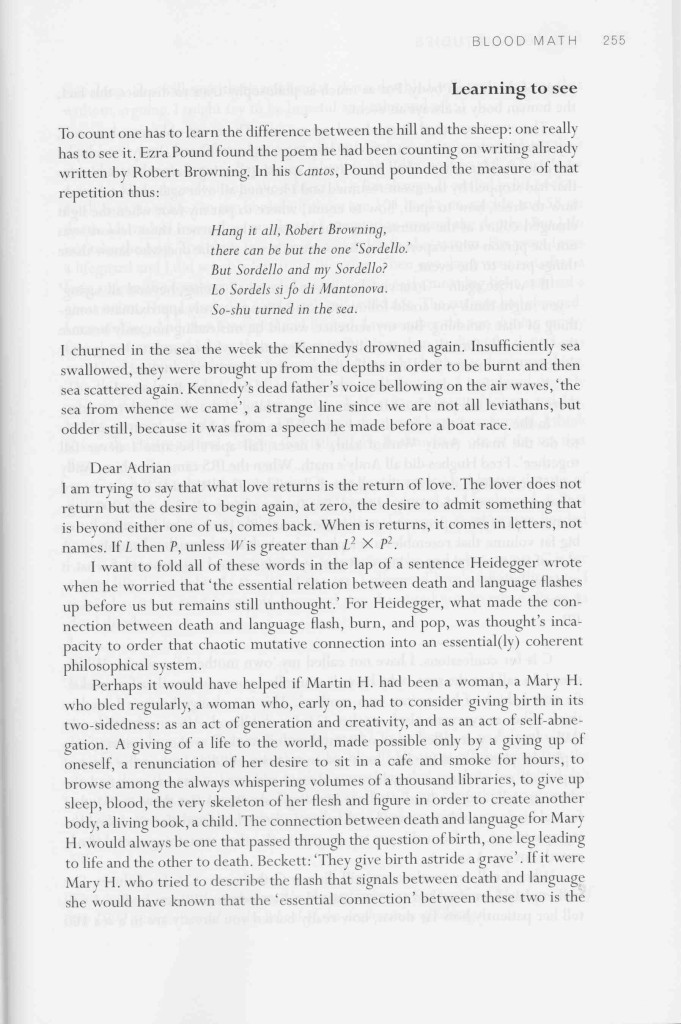 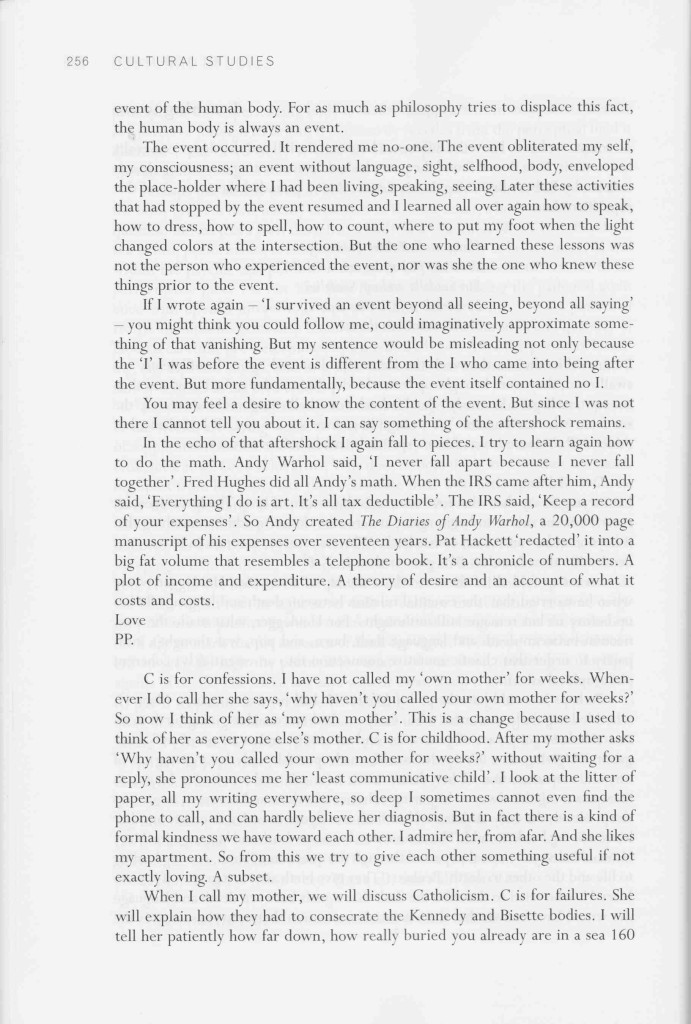 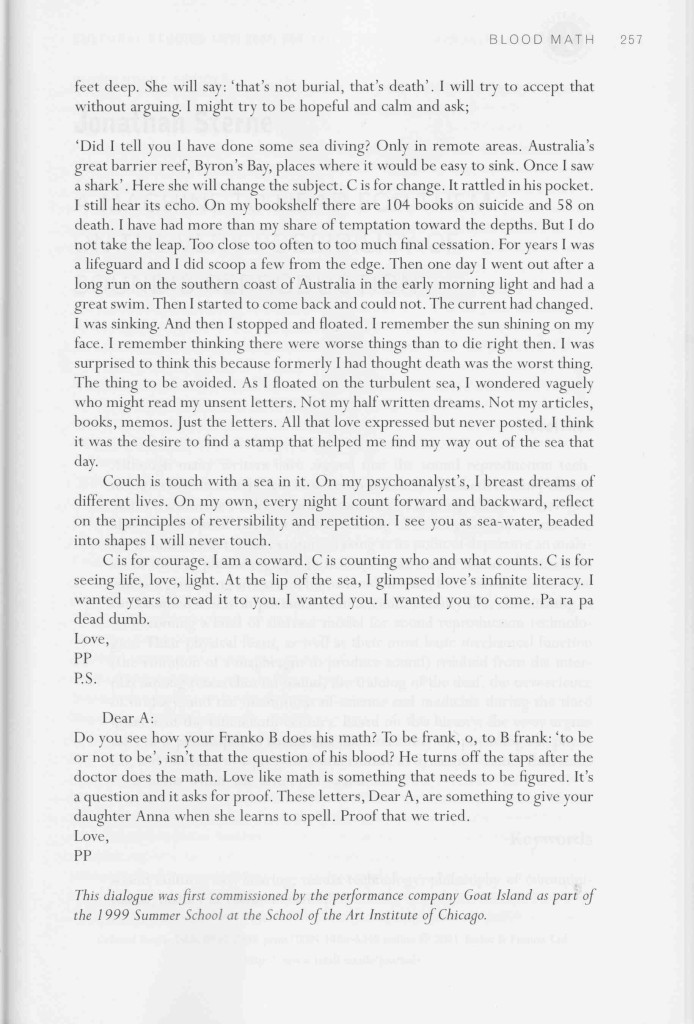