In this performance lecture Etchells and Heathfield moved away from their customary territory of making and writing on performance. Based on a trade of fictions, testimonies and questions In So Many Words composed a contrary patchwork story and improvised speculation. A landscape of sketchy characters, jump cuts and suspended moments emerged shot through with violent black humour. A dialogue on the experience of survival and the movement of fiction.

In So Many Words was commissioned by Tanzquartier Vienna as part of their Education Acts season and was premiered there in November 2007 as part of Etchells and Heathfield’s Dialogues season. 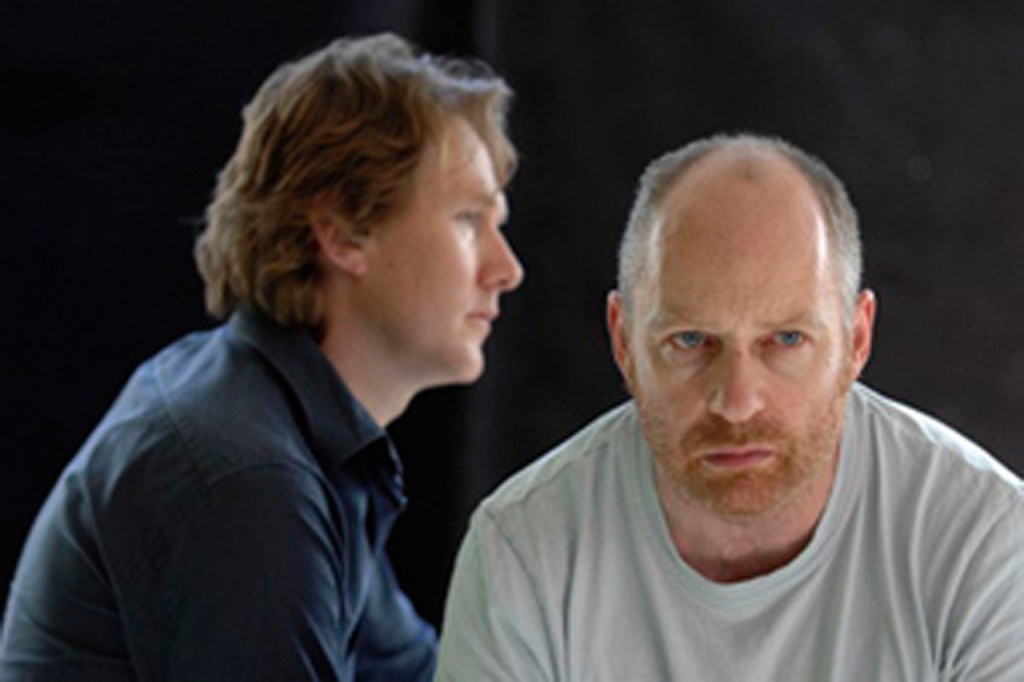 Tim Etchells and Adrian Heathfield, In So Many Words, 2007. Photo: Hugo Glendinning. © the artists.