In the vibrant downtown Manhattan art scene of the late 1970s and early 1980s, the Taiwanese-American artist Tehching Hsieh made an exceptional series of artworks. Hsieh realized five separate one-year-long performances that were unprecedented in their use of physical difficulty over extreme durations and in their absolute conception of art and life as simultaneous processes.

In the unfolding series of these projects Hsieh moved from a year of solitary confinement without any communication, to a year in which he punched a worker’s time clock in his studio on the hour every hour, to a year spent living without any shelter on the streets, to a year in which he was tied closely to the artist Linda Montano without ever touching and, lastly, to a year of total abstention from art activities and influences. In 1986 Hsieh announced that he would spend the next thirteen years making art but not showing it publicly. This final lifework—an immense act of self-affirmation and self-erasure—came to a close at the turn of the millennium.

For many Hsieh is a cult figure. The rigor and dedication of his art inspires passion, while the elusive and epic nature of his performances generates speculation and mythology. After years of near-invisibility Hsieh has now collaborated with Adrian Heathfield to create this meticulous and visually arresting record of the complete body of his artworks from 1979-1999.

Out of Now is also the first extensive critical account of these remarkable works. Heathfield’s astute meditation is complemented by an intensive exchange with the artist and a set of letters from leading art theorists Peggy Phelan and Carol Becker, and the renowned artists Marina Abramović, Santiago Sierra, and Tim Etchells.

This exquisitely composed volume is essential reading for all those interested in recent art history, conceptual art, visual culture, and the practice of performance.

“Out of Now traces the practice of one of the great artists of our time. With immense courage, Tehching Hsieh revolutionised performance art: while many were sprinting, he did marathons. Hsieh anticipated our times, in that he made time his medium. This impressive and beautifully written book offers the first comprehensive study of an outstanding body of work. An extraordinary performance!”

“Tehching Hsieh has created a profound body of ‘lifeworks’ that integrate the live with the aesthetic, producing hybrid experiences that question the very nature of what we call ‘art’. This brilliant book, which includes documentation and smart, poetic and historically inflected writing by Heathfield is an invaluable record of Hsieh’s work. A unique commentary on the writing of the histories of art and performance.”

— Amelia Jones, Robert A. Day Professor in Art and Design and Vice-Dean of Critical Studies at the Roski School of Art and Design

“Copiously illustrated and containing helpful reflections by scholars and fellow artists, Out of Now brings into focus a career that, until recently, was mostly the stuff of art-world legend.”

Images and Extract from the new paperback edition of the book below.

To coincide with the exhibition at Venice Biennale, and for a limited time only, you can buy the paperback of Out of Now from Unbound for the discount price of £24 (RRP £32.95). Co-published by Live Art Development Agency and MIT Press. 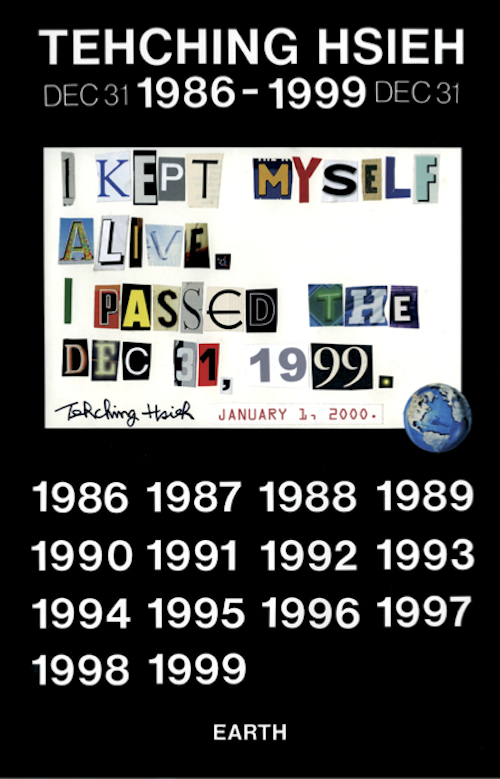 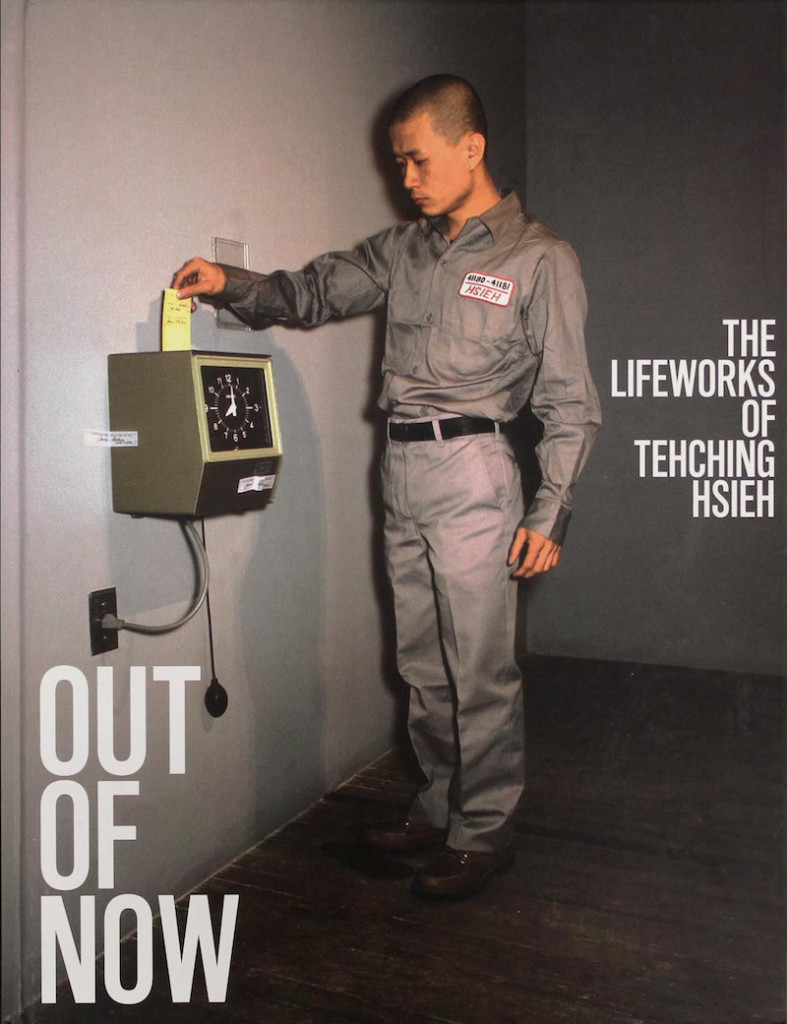 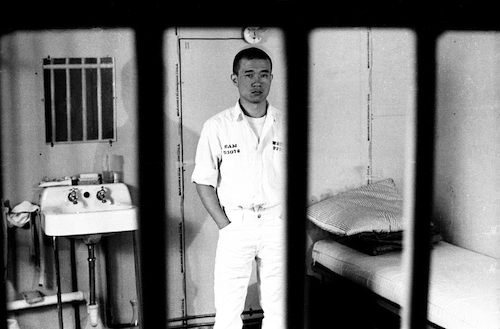 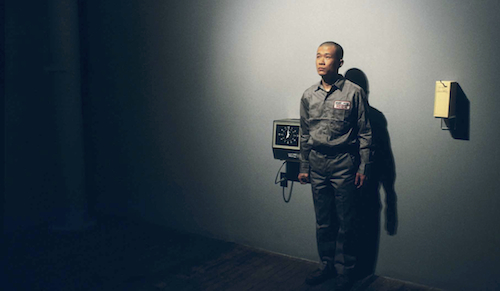 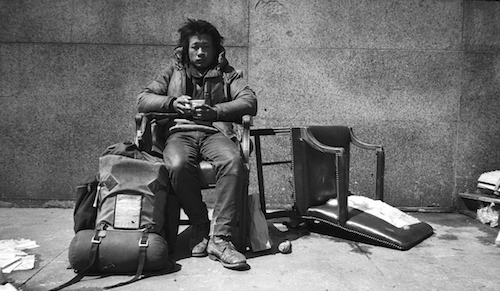 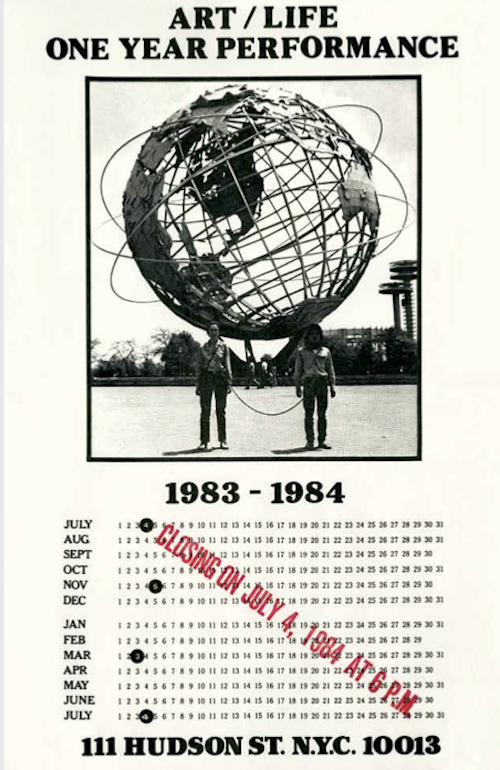 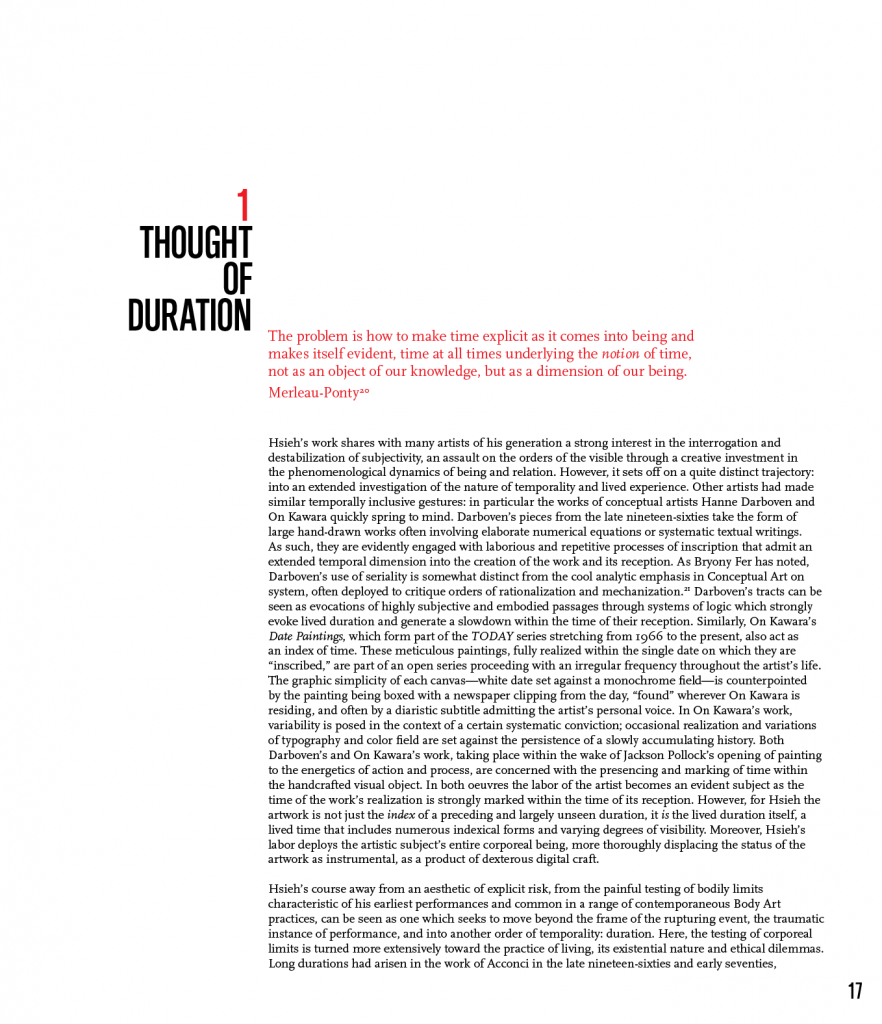 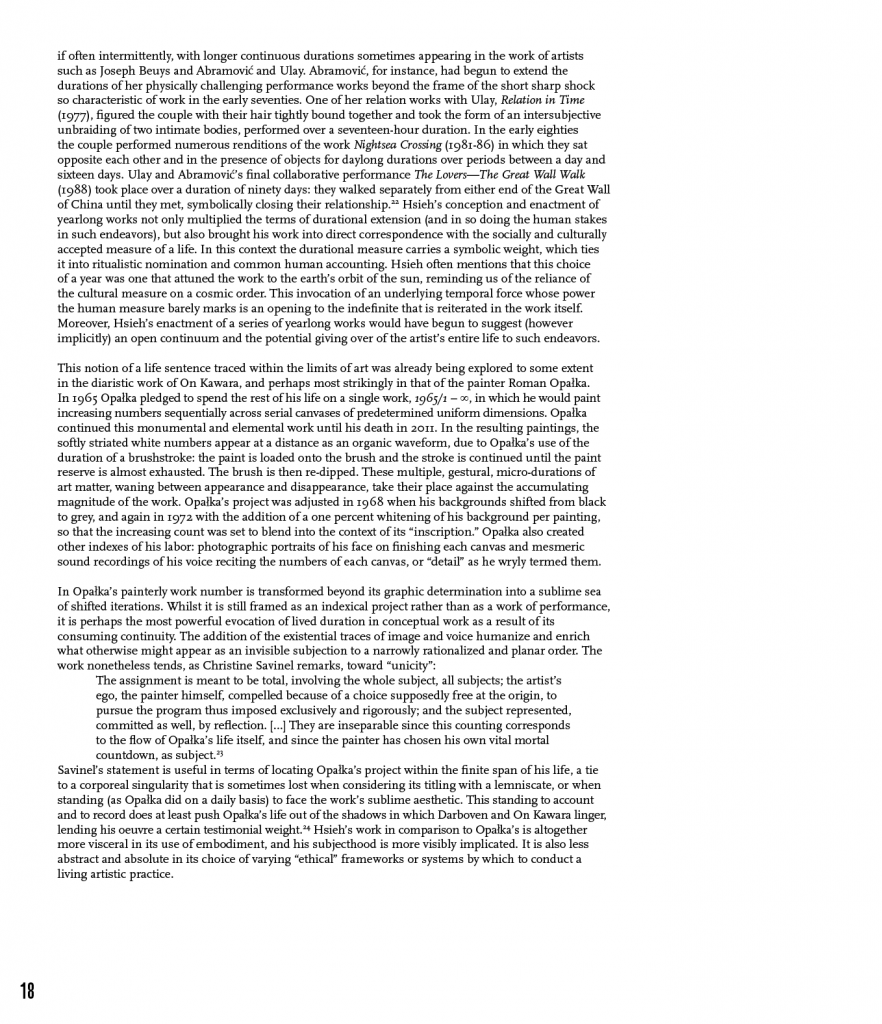 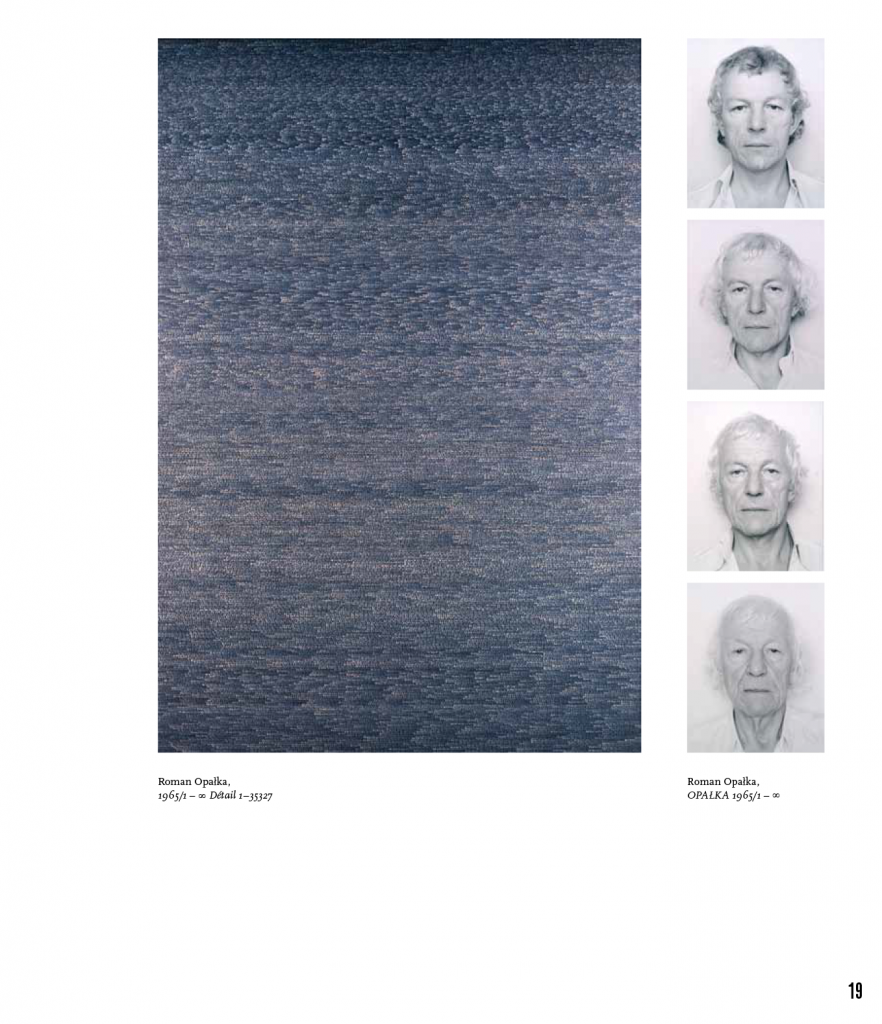 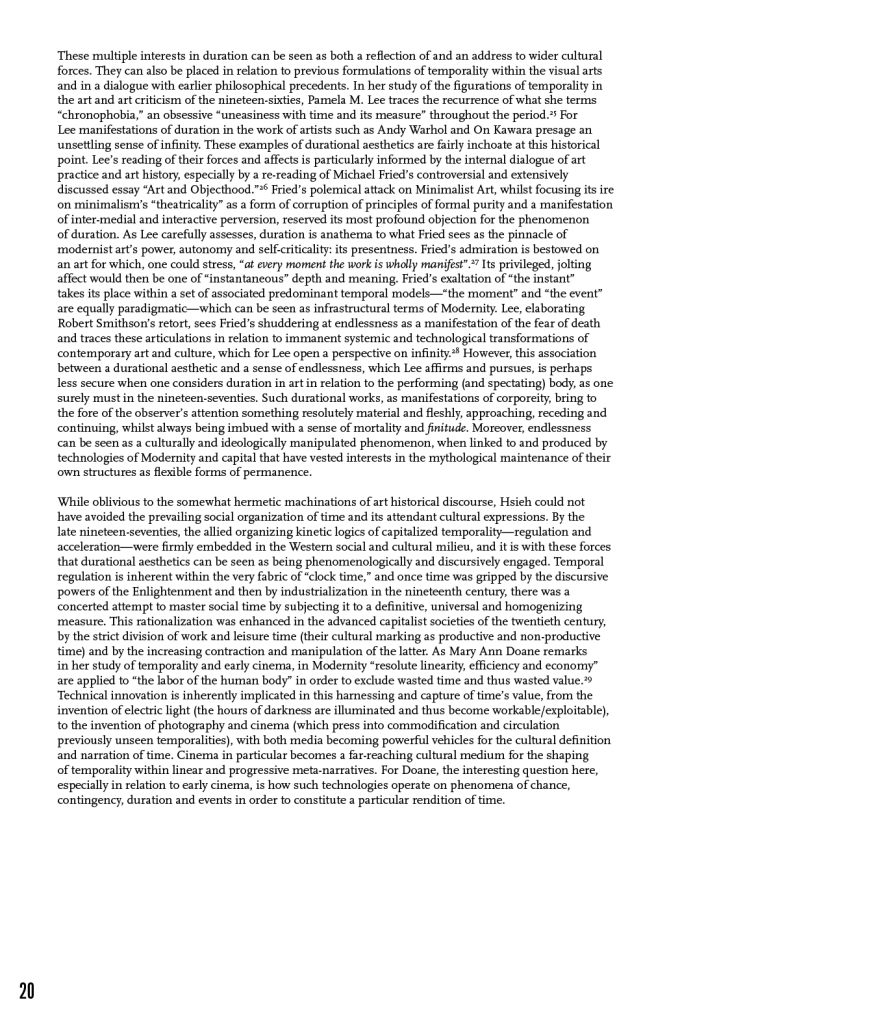 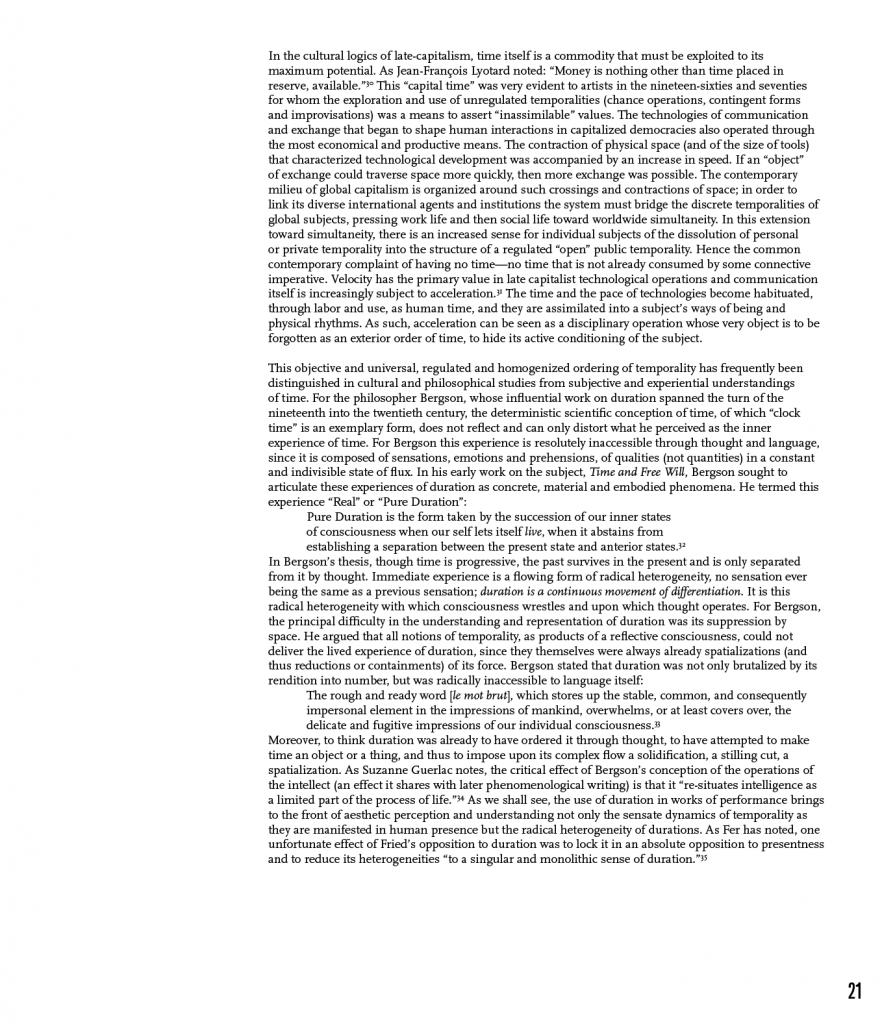 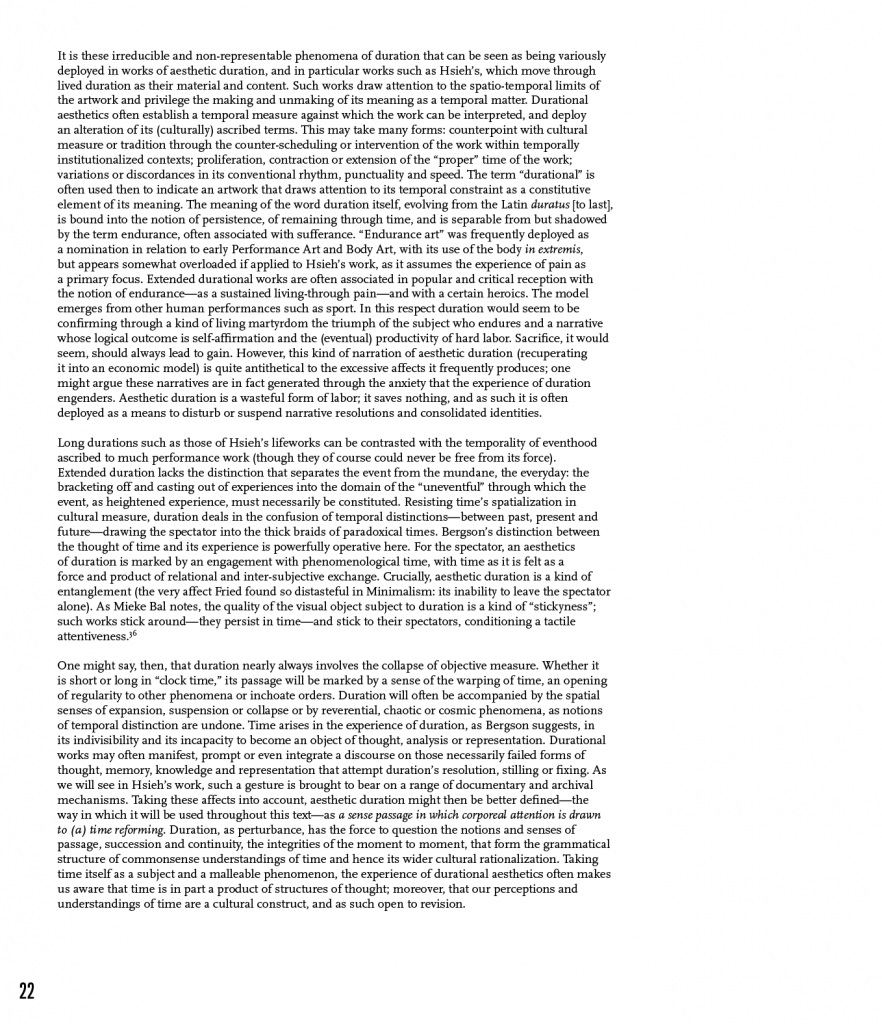 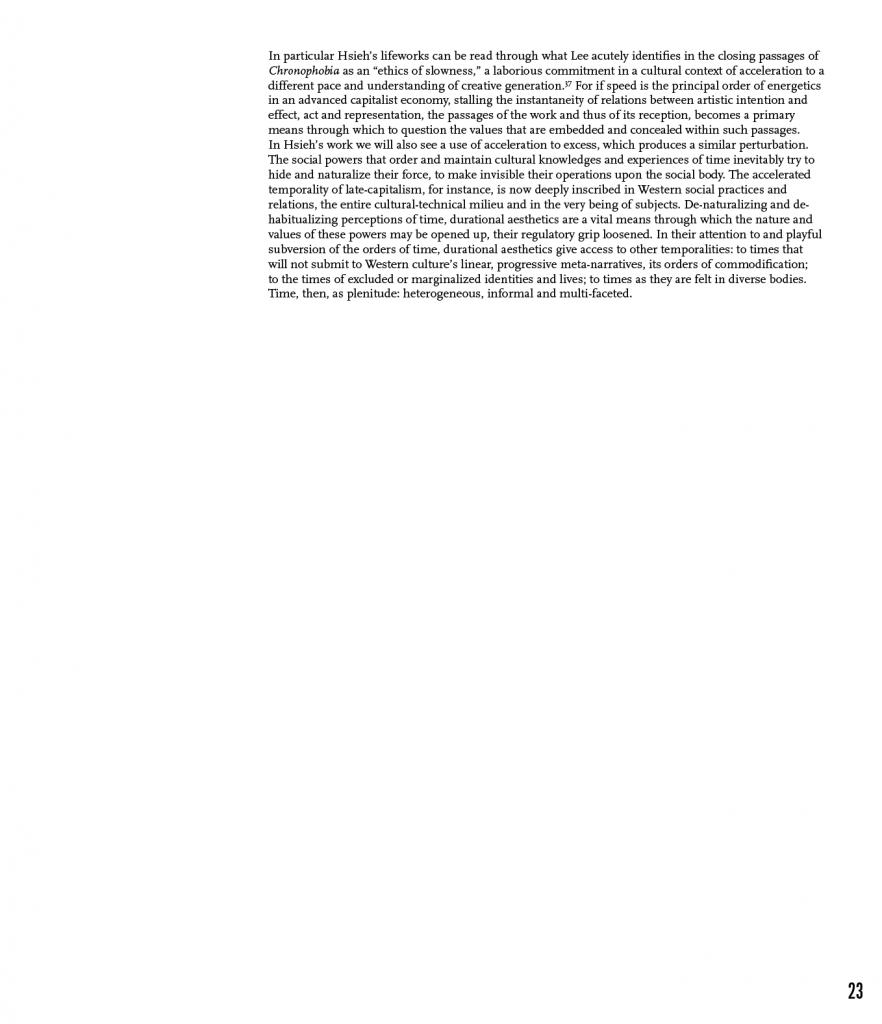