A Walk with Brian Massumi

Setting thoughts and conversation in constant motion the British performance and art theorist Adrian Heathfield encounters the renowned philosopher and cultural theorist Brian Massumi while walking the streets of Montreal.

In this relaxed but intensive exchange Massumi discusses issues that have recurred across his writing: the nature of events, their sensuous and affective forces, immaterial art practices and their critical potential under capitalism, belief and hope and their relation to political agency. Taking in the scene as it goes by, the film constantly counterpoints these ideas with a micro-attention to the environment and the minor events the two figures are moving through. Charged ideas are quietly elaborated against a vibrant, restless backdrop of everyday life.

Brian Massumi is the author of major works in contemporary philosophy including Parables for the Virtual: Movement, Affect, Sensation and Semblance and Event: Activist Philosophy and the Occurrent Arts. He is also the translator of significant works of French philosophy including Gilles Deleuze and Félix Guattari’s A Thousand Plateaus, Jean-François Lyotard’s The Postmodern Condition, and Jacques Attali’s Noise.

Directed and Edited by Hugo Glendinning and Adrian Heathfield

No Such Thing as Rest is produced by Performance Matters

Homepage image: Hugo Glendinning and Adrian Heathfield, No Such Thing as Rest (video still), 2013. © the artists.

Read a textual translation below 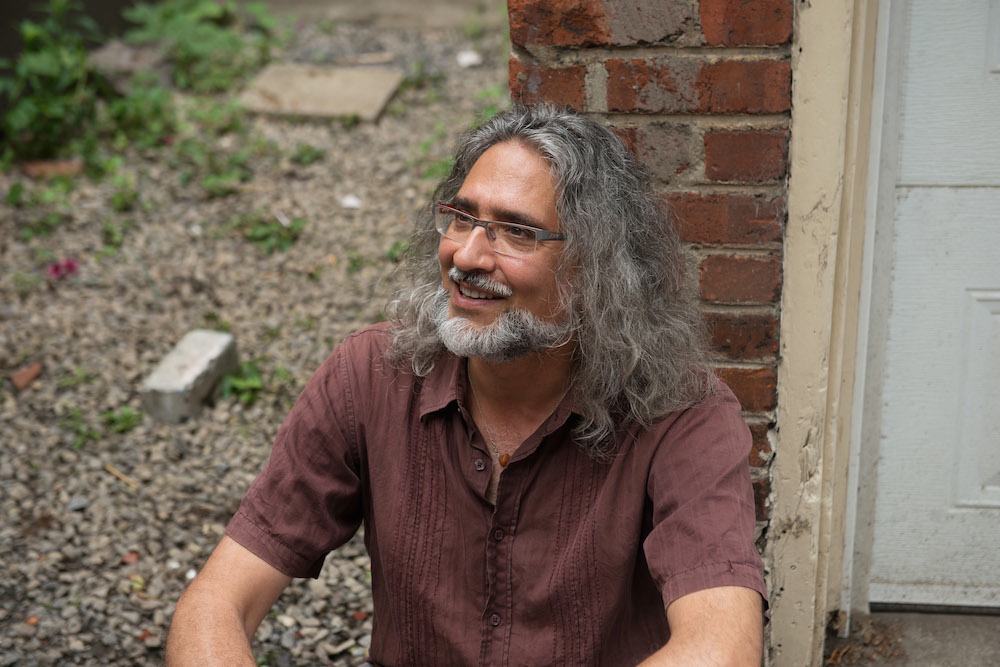 Hugo Glendinning and Adrian Heathfield, No Such Thing as Rest (video still), 2013. © the artists. 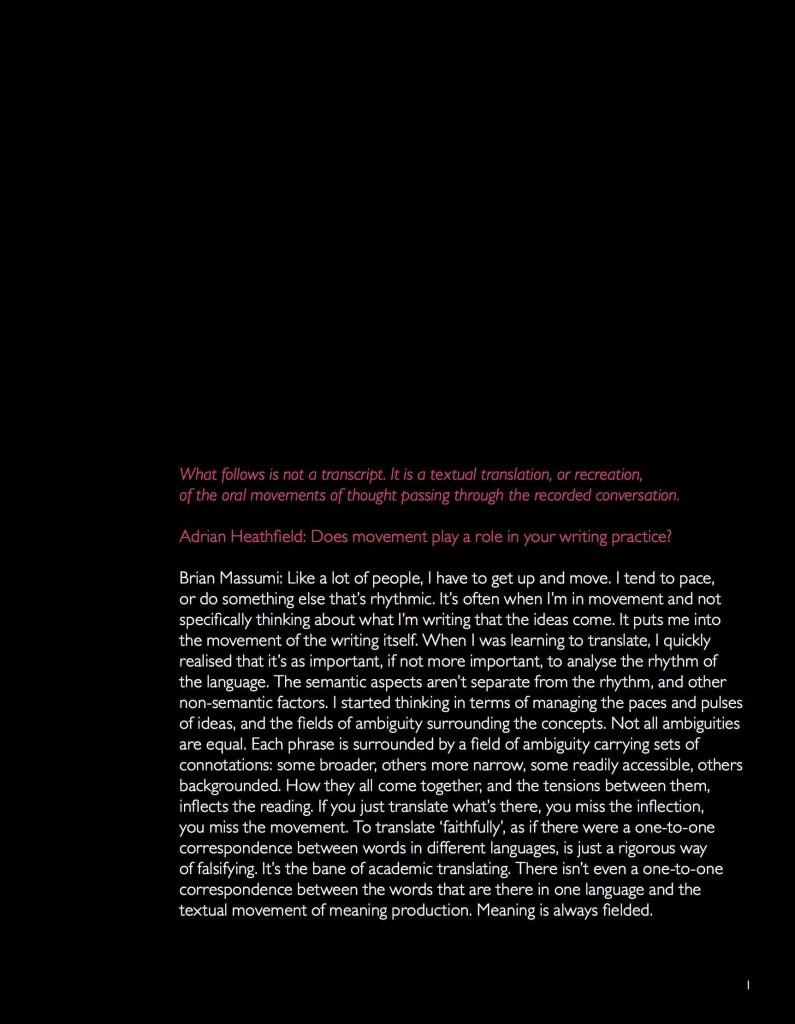 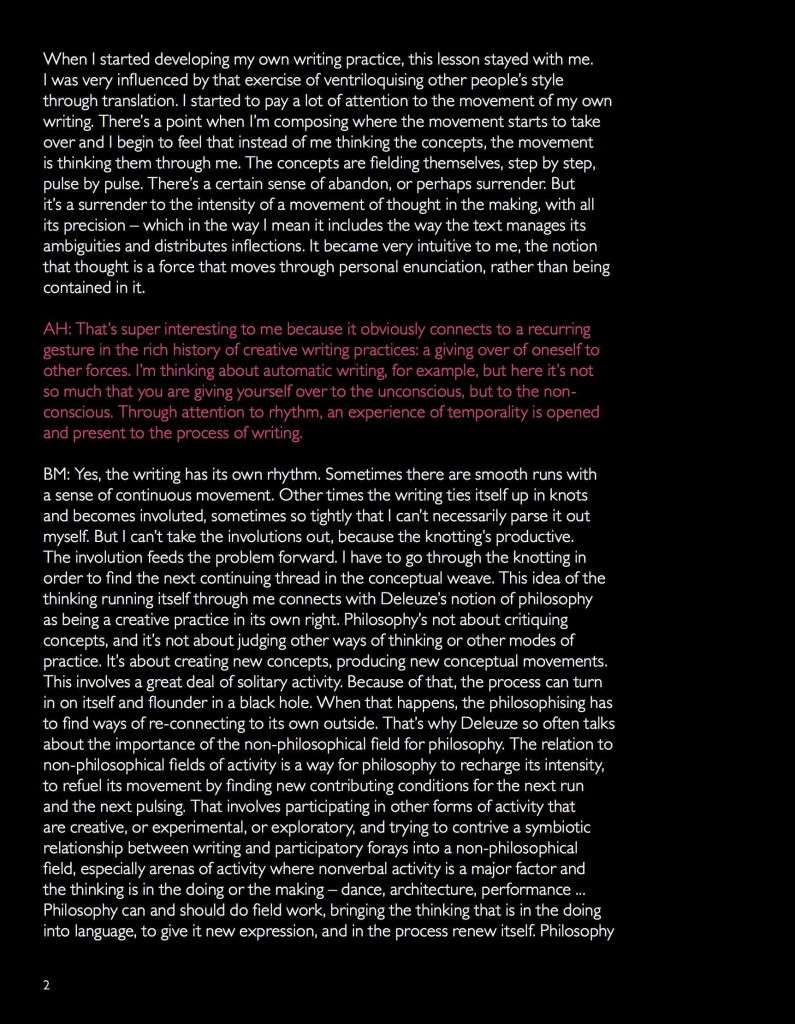 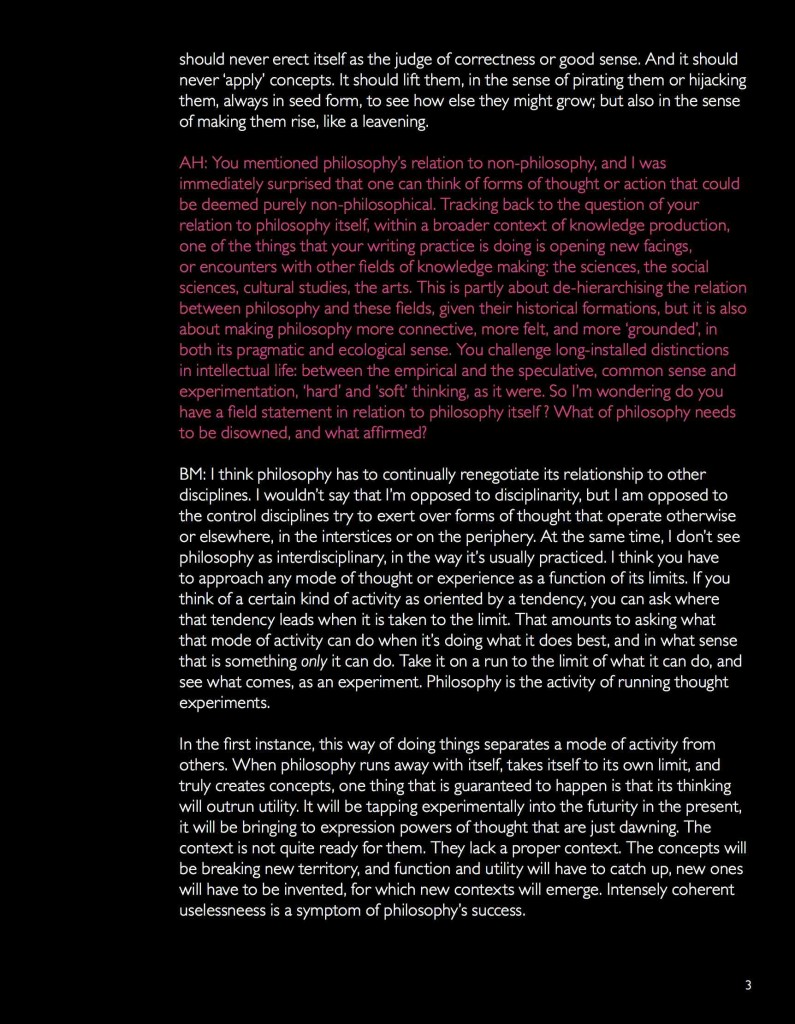 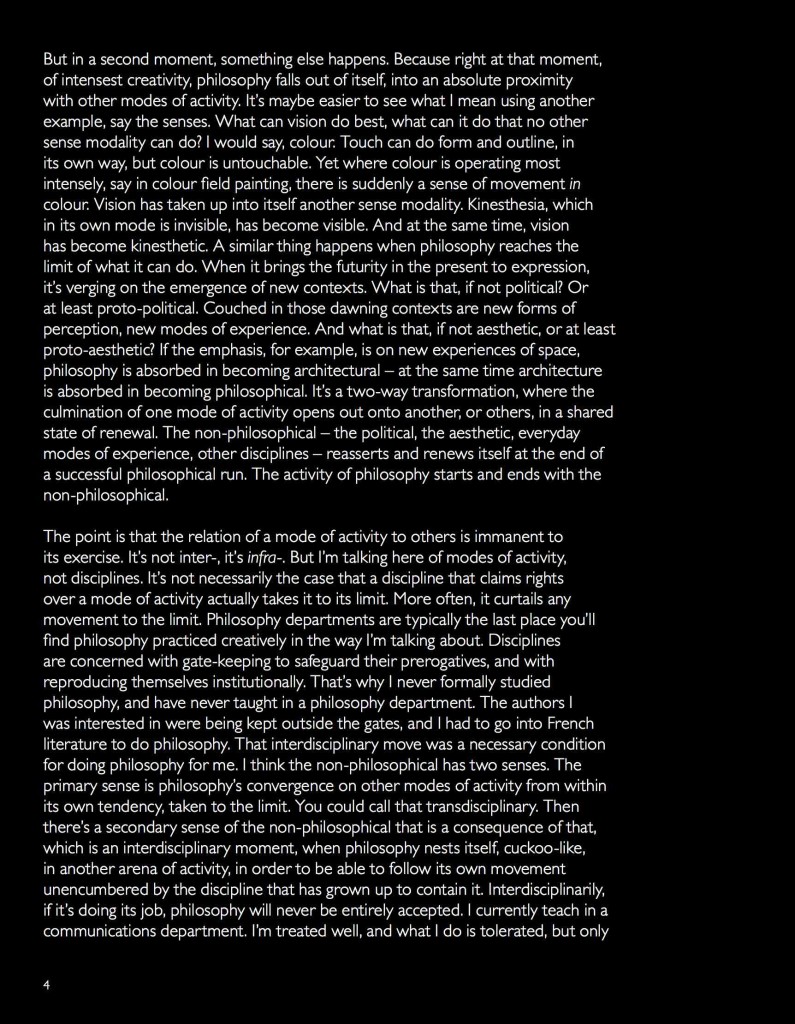 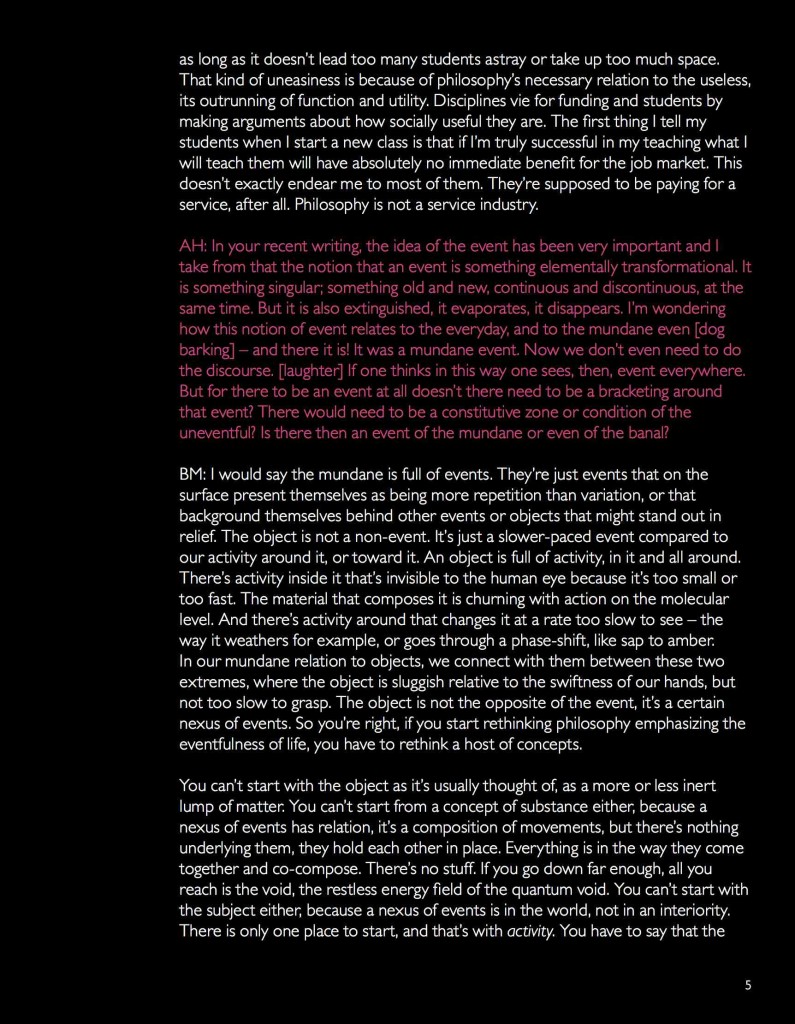 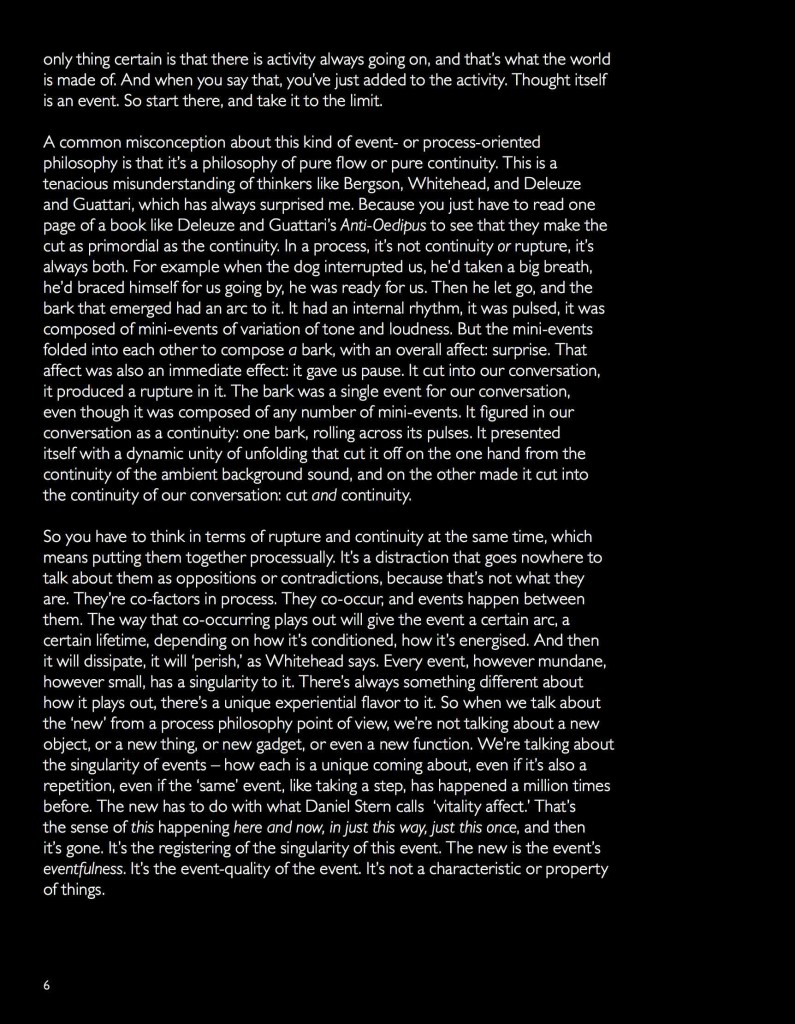 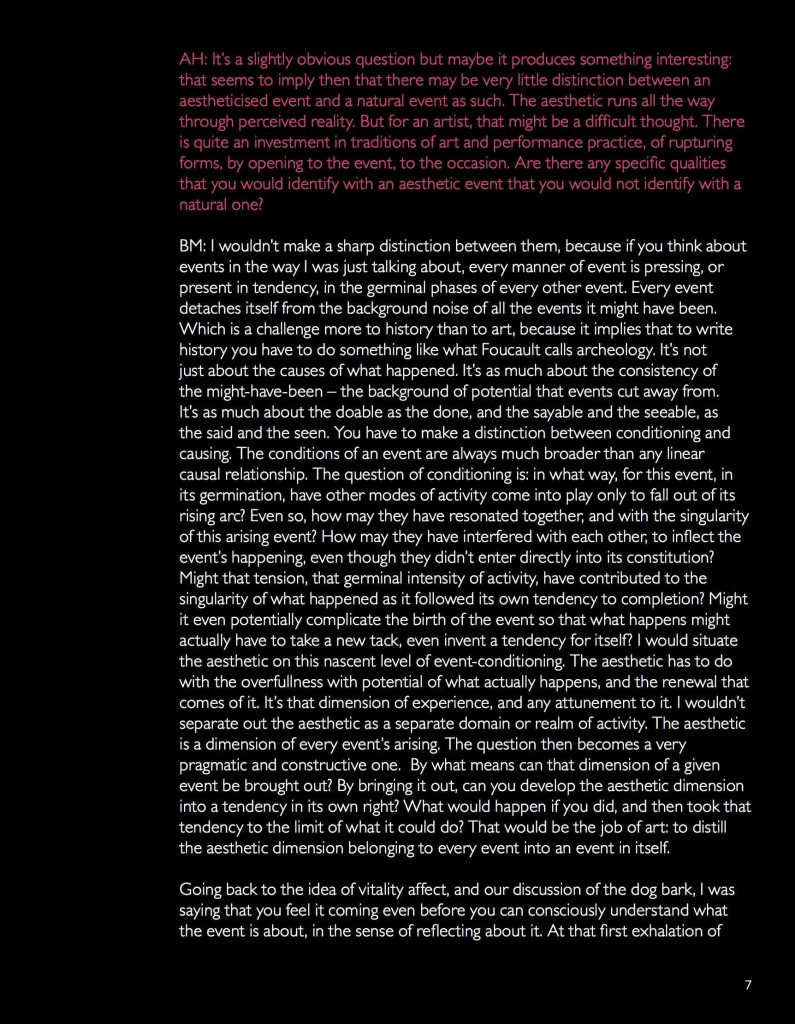 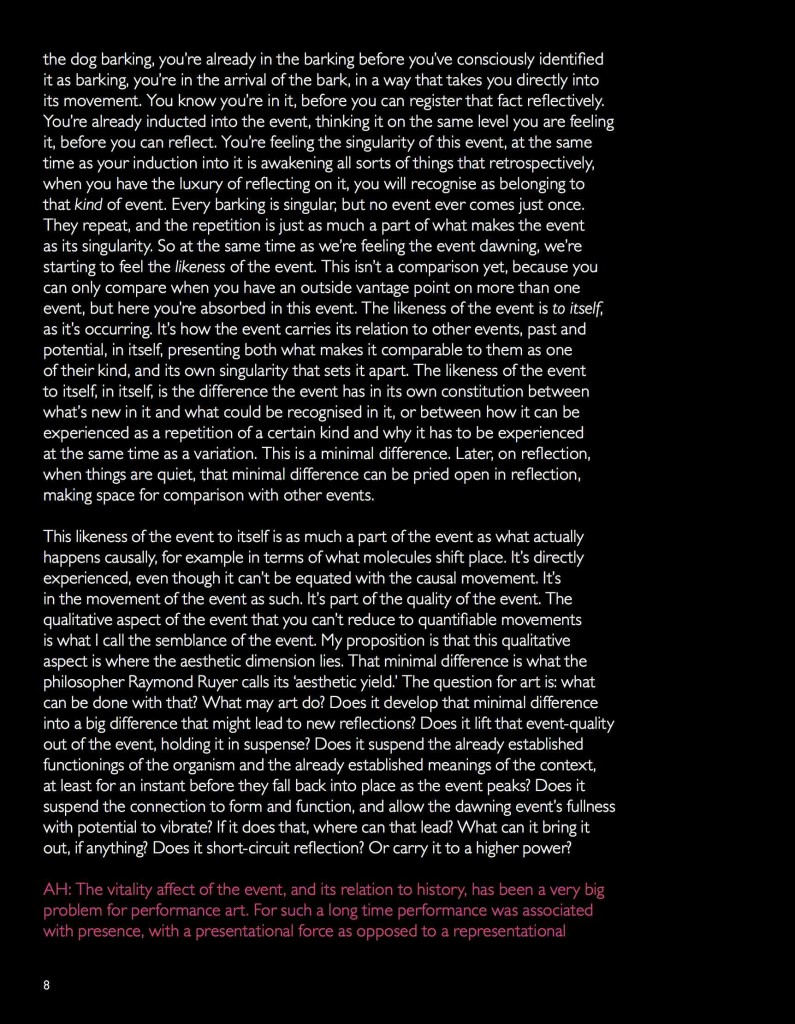 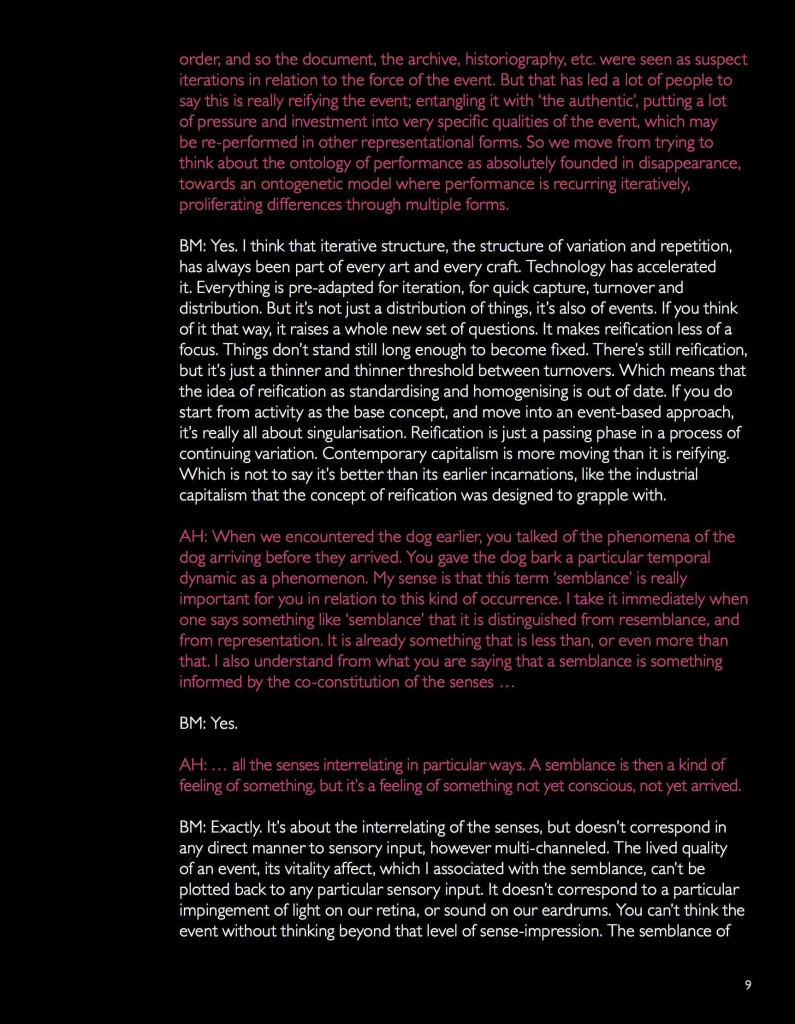 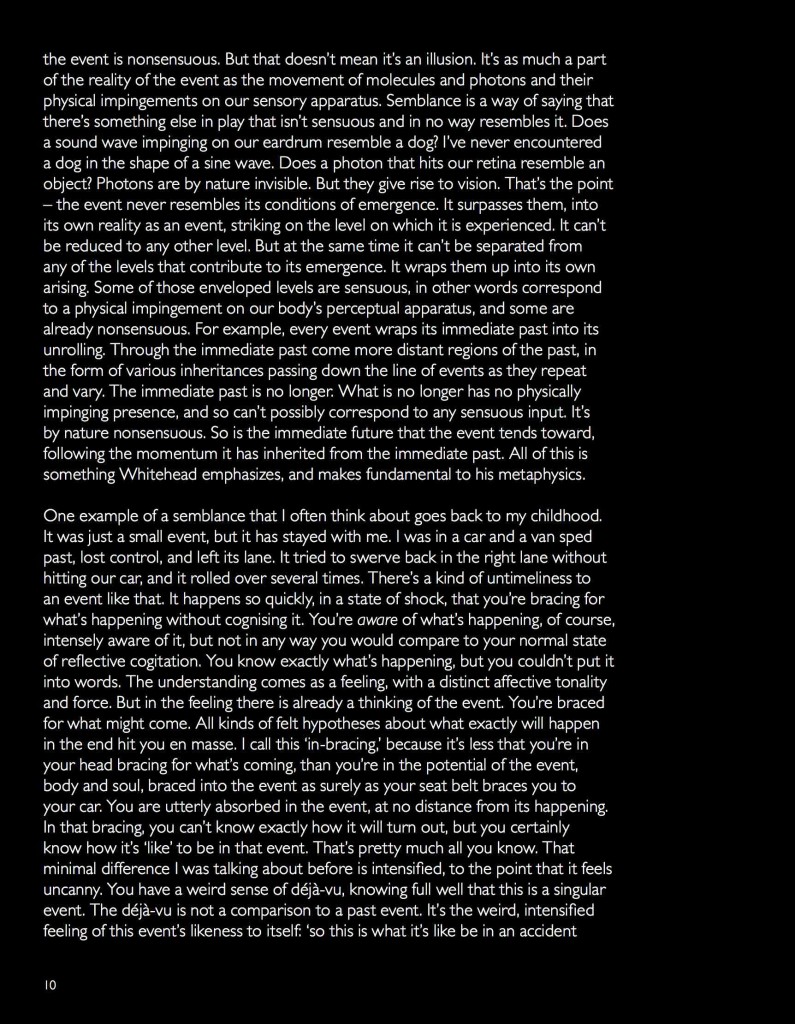 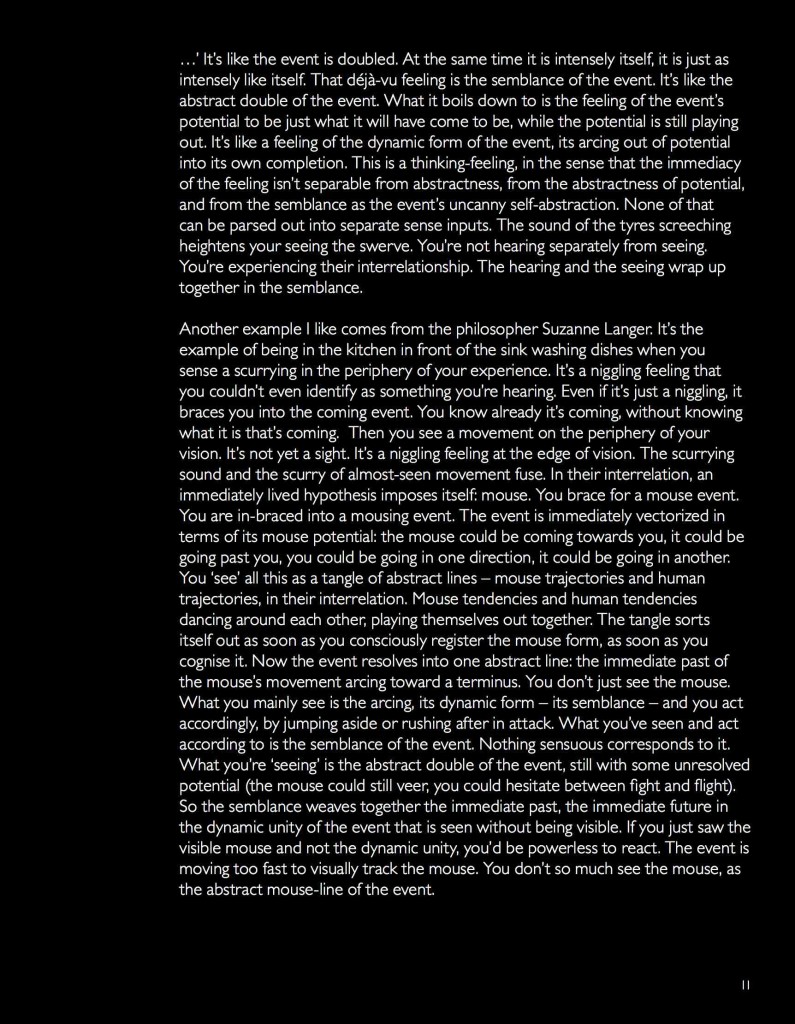 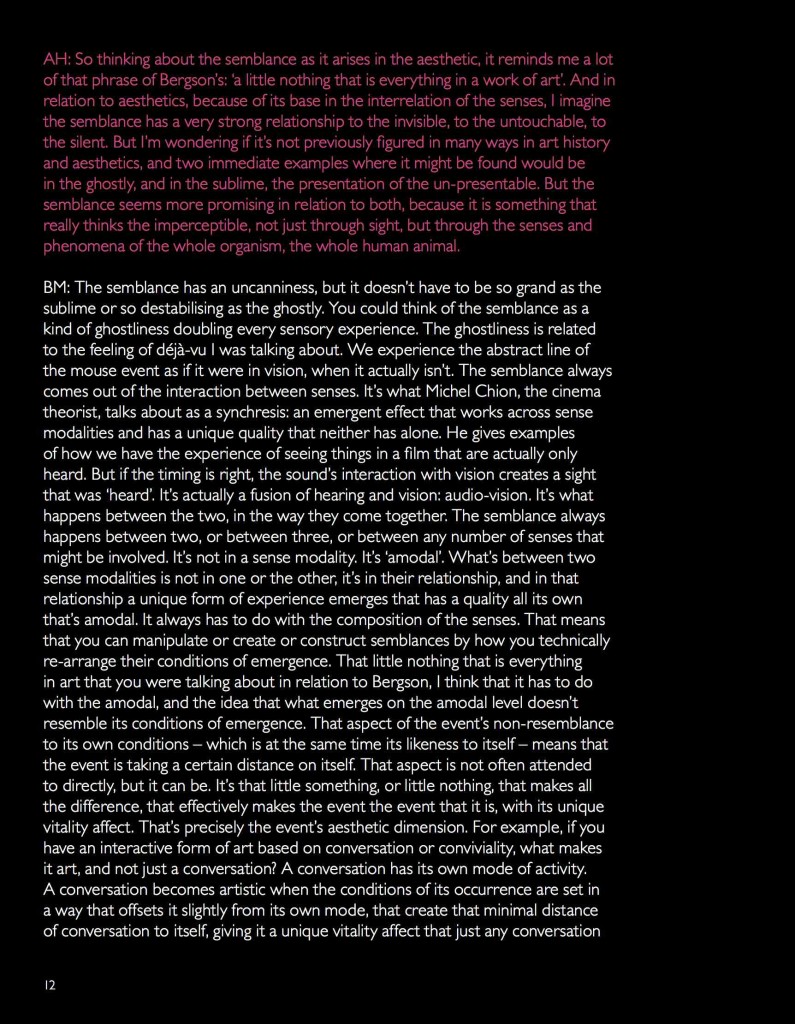 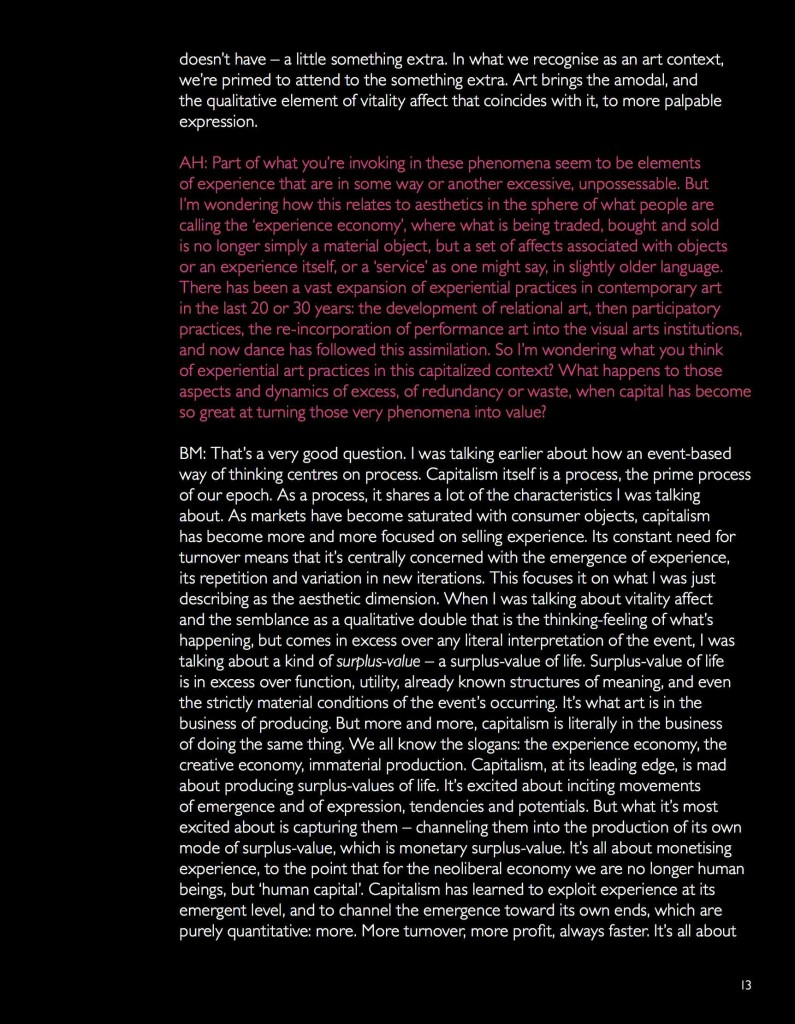 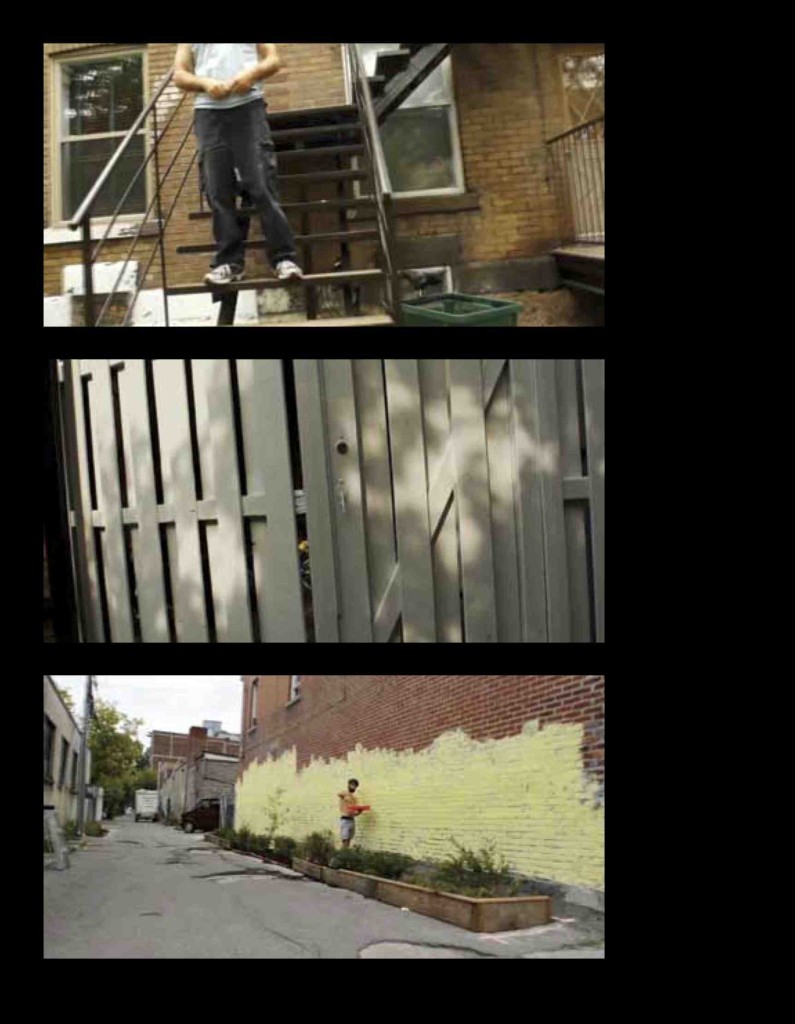 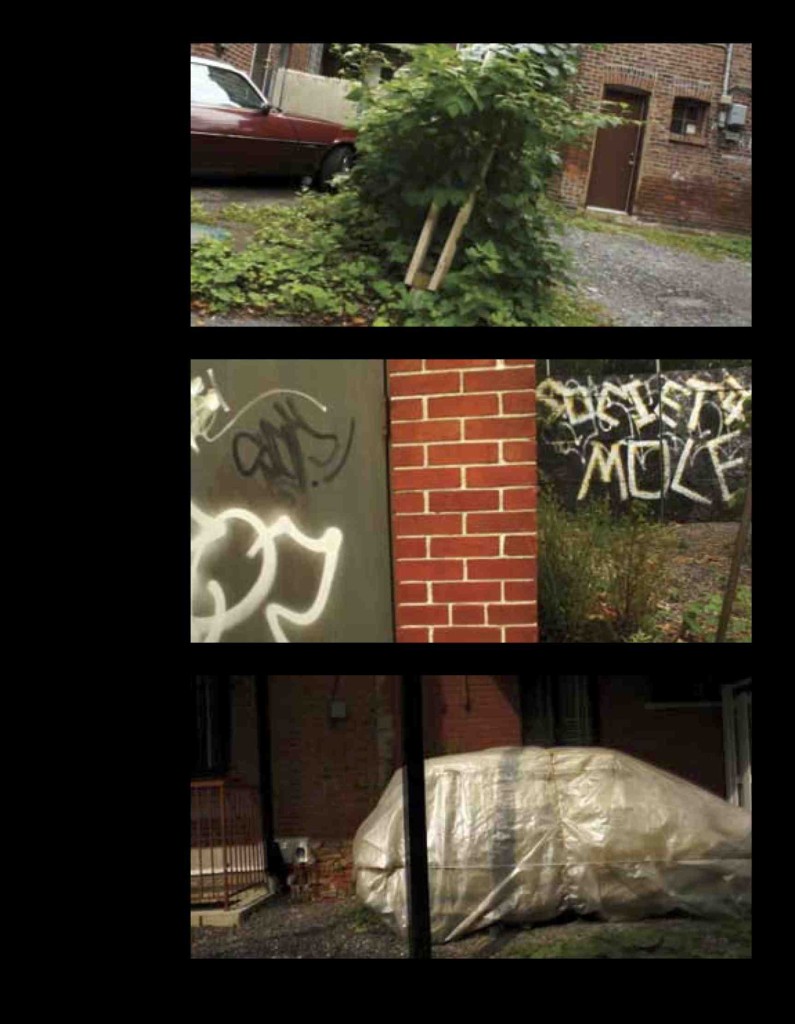 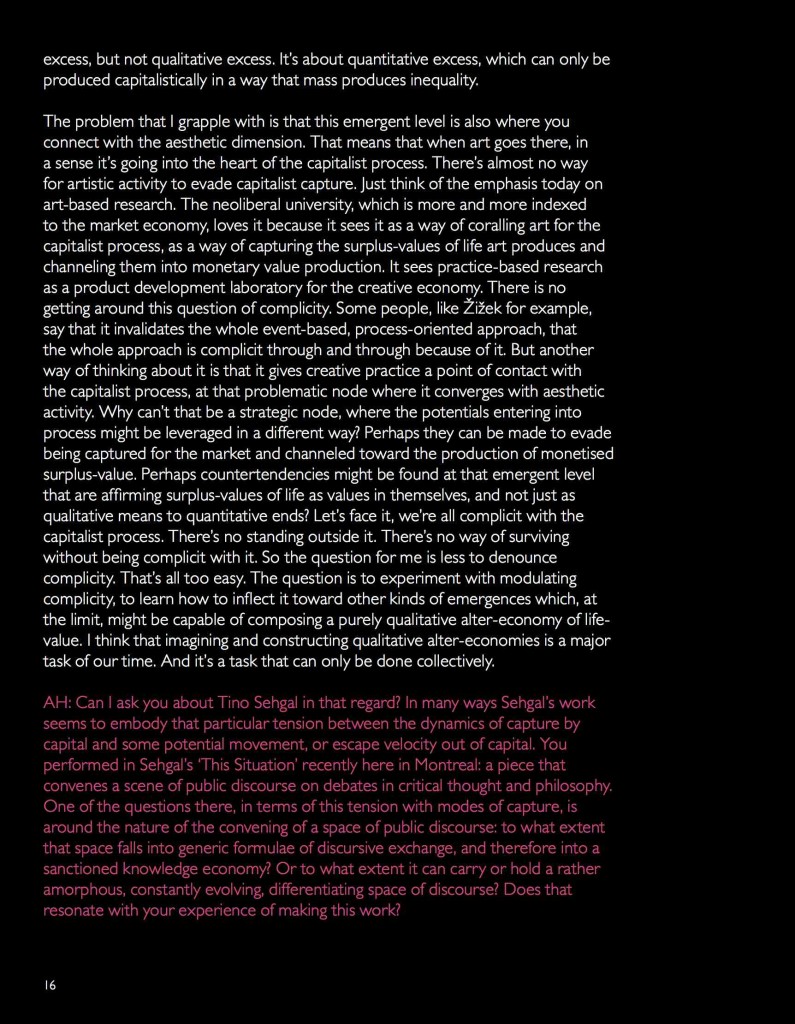 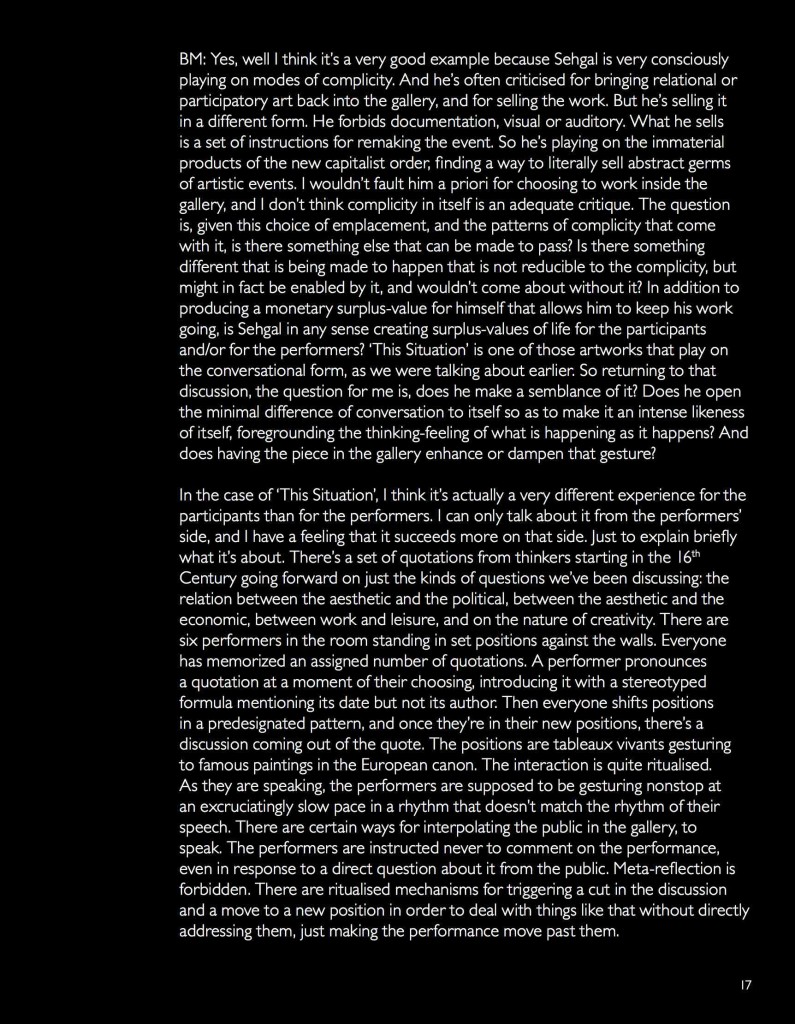 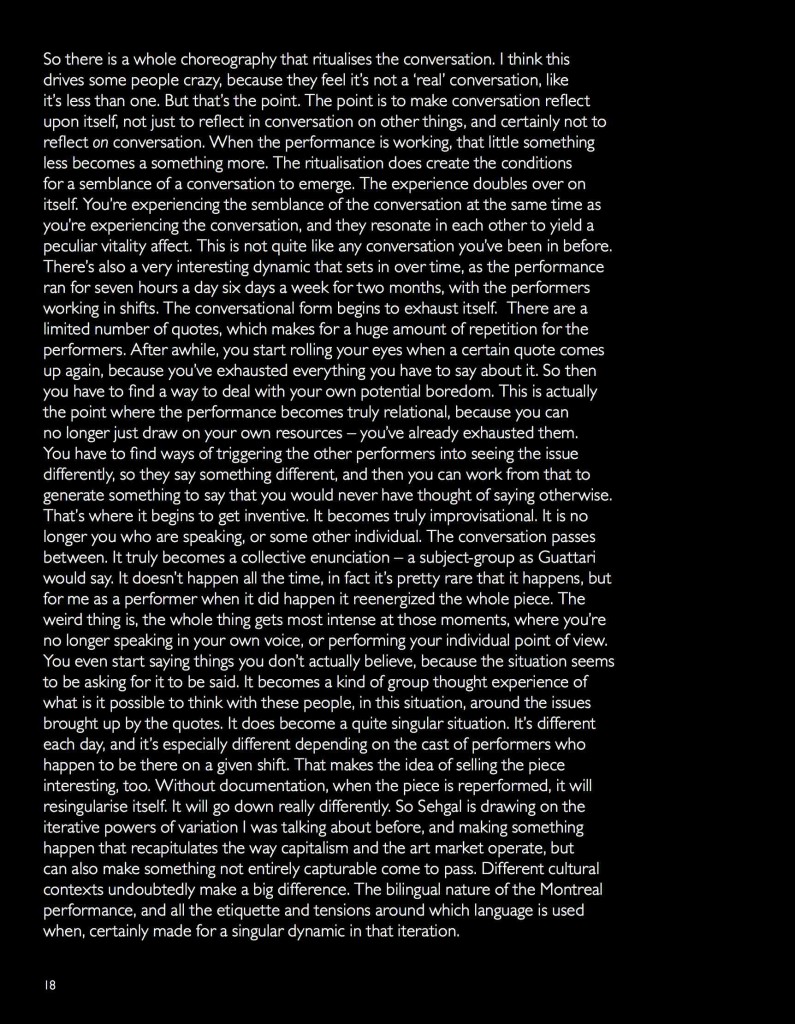 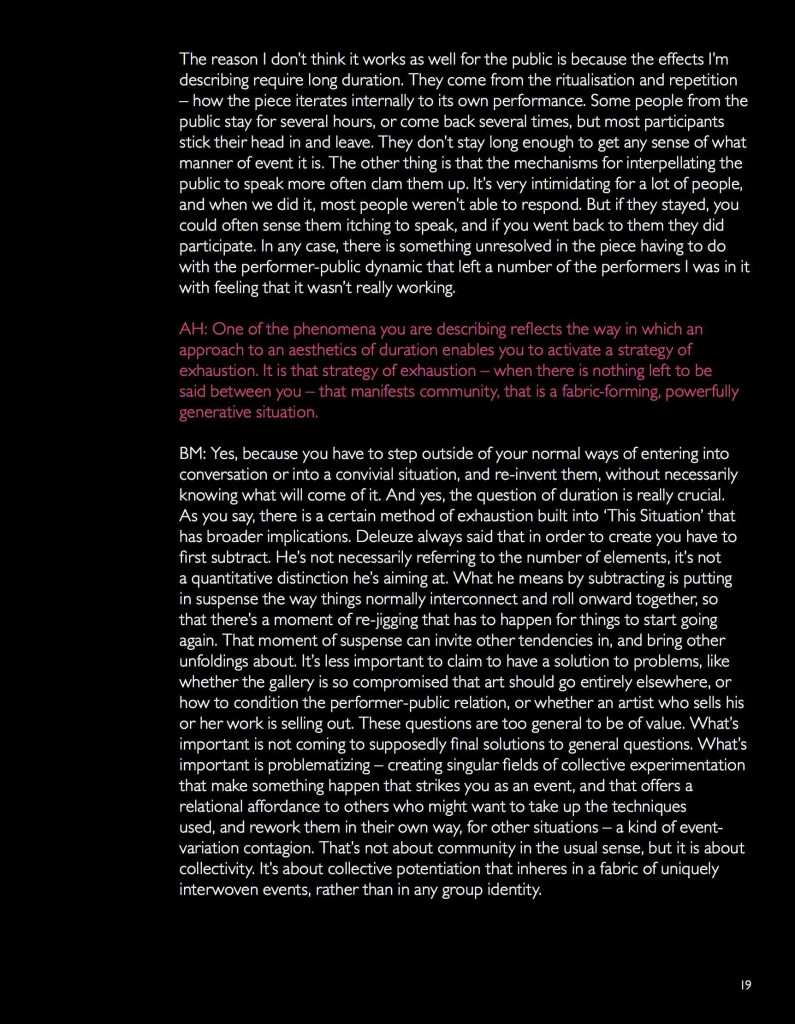 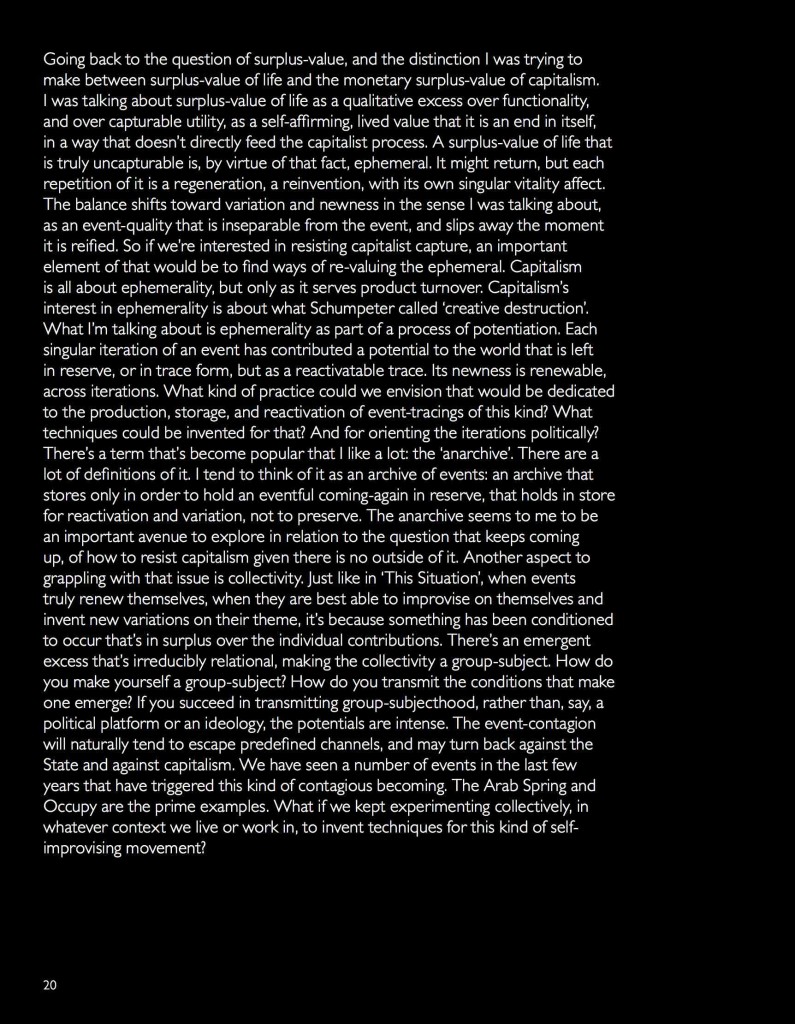 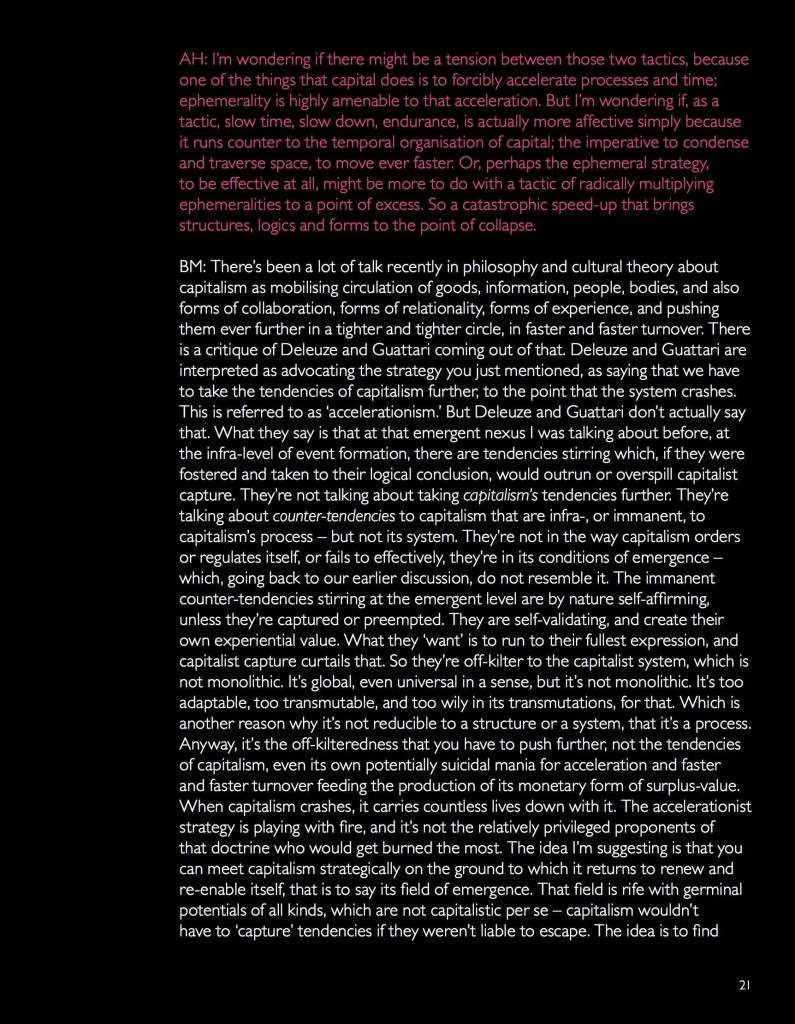 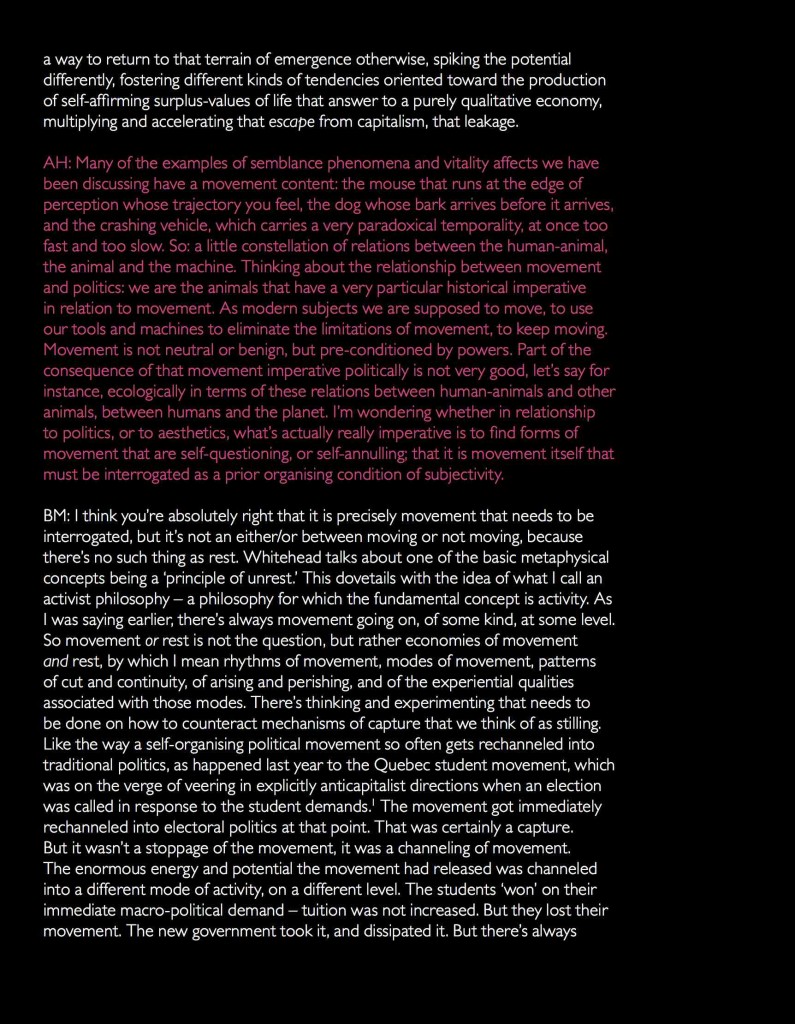 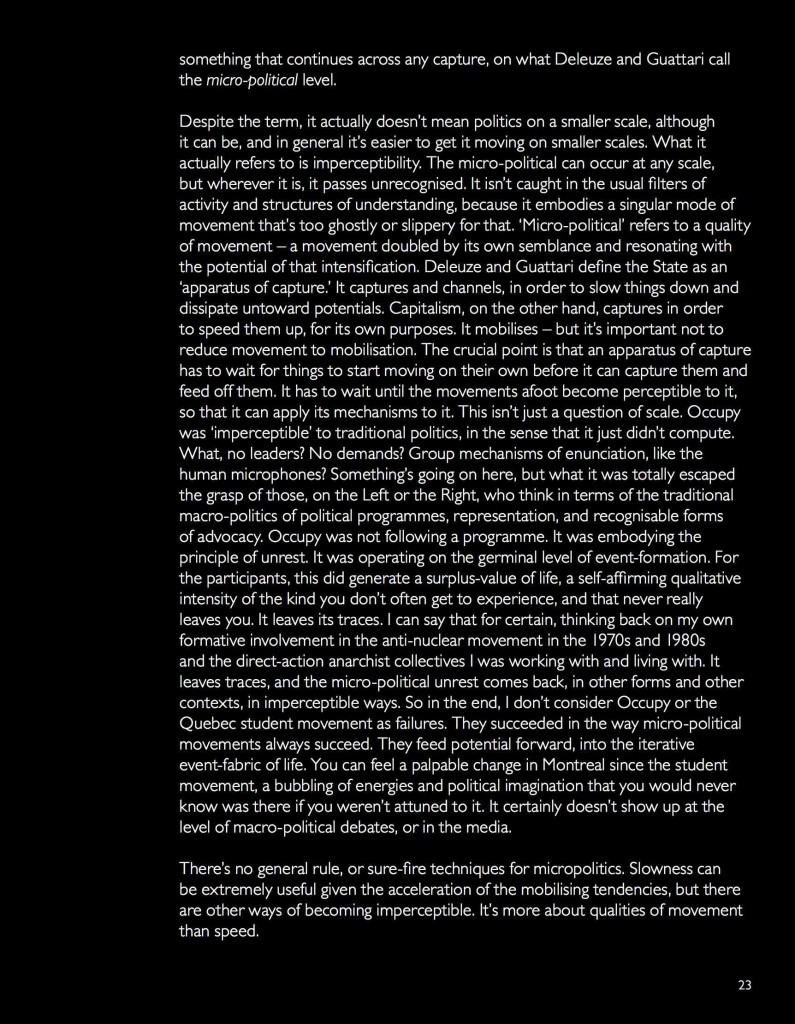 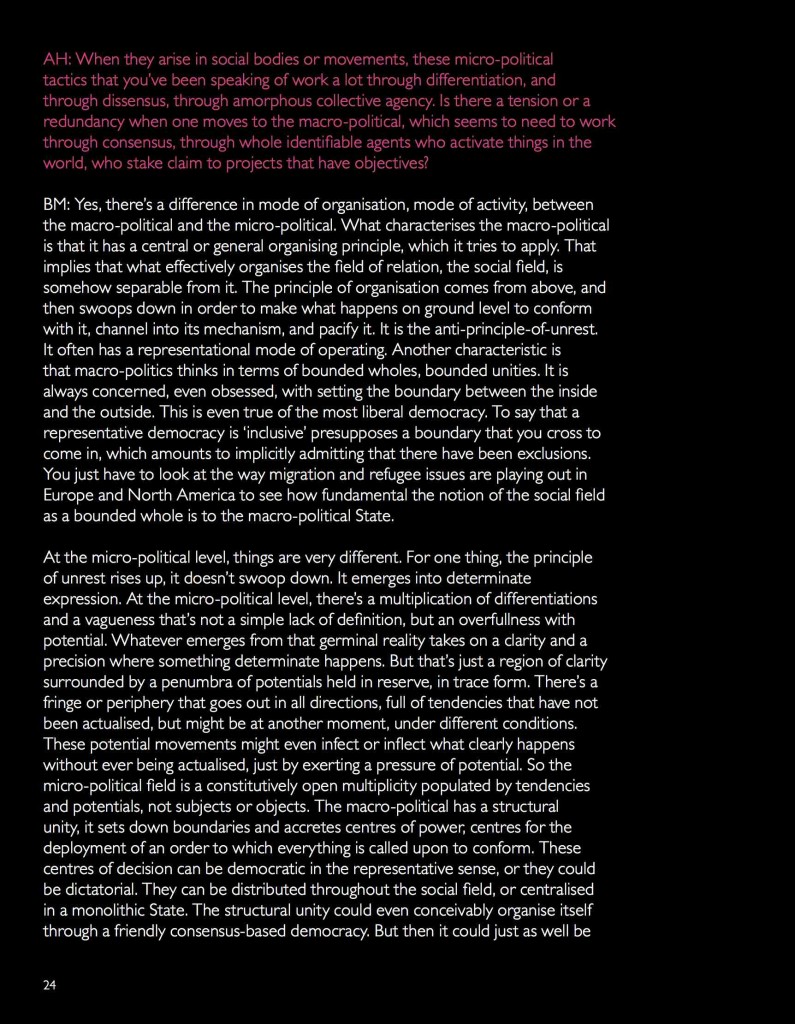 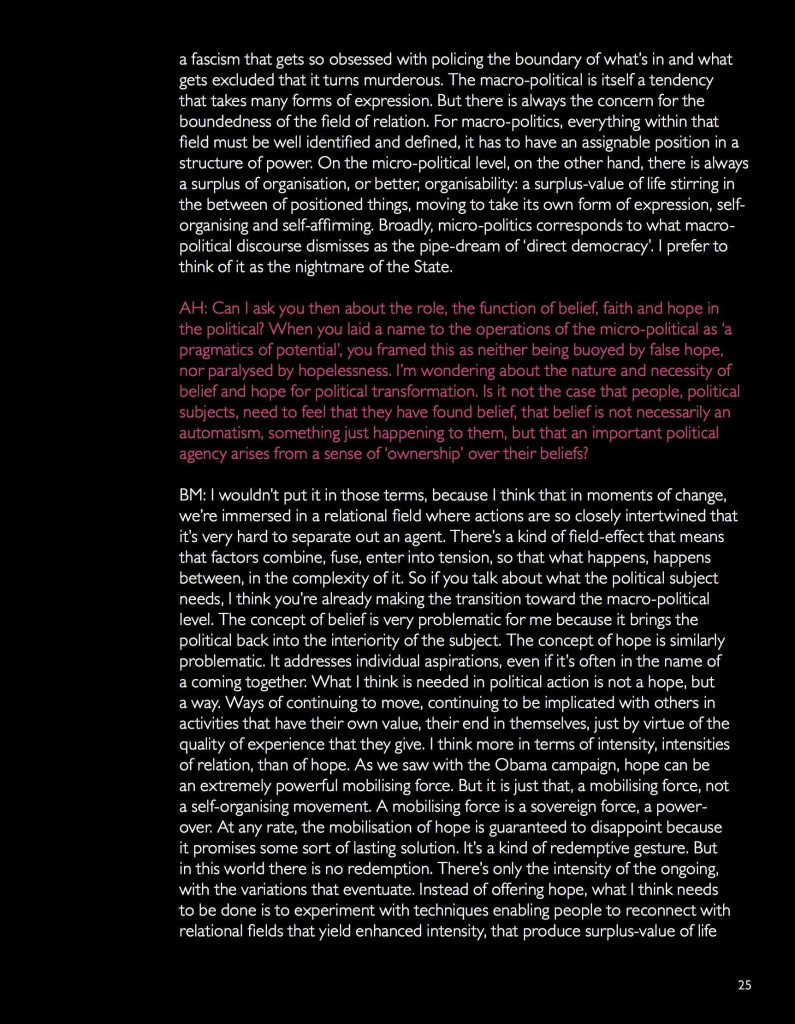 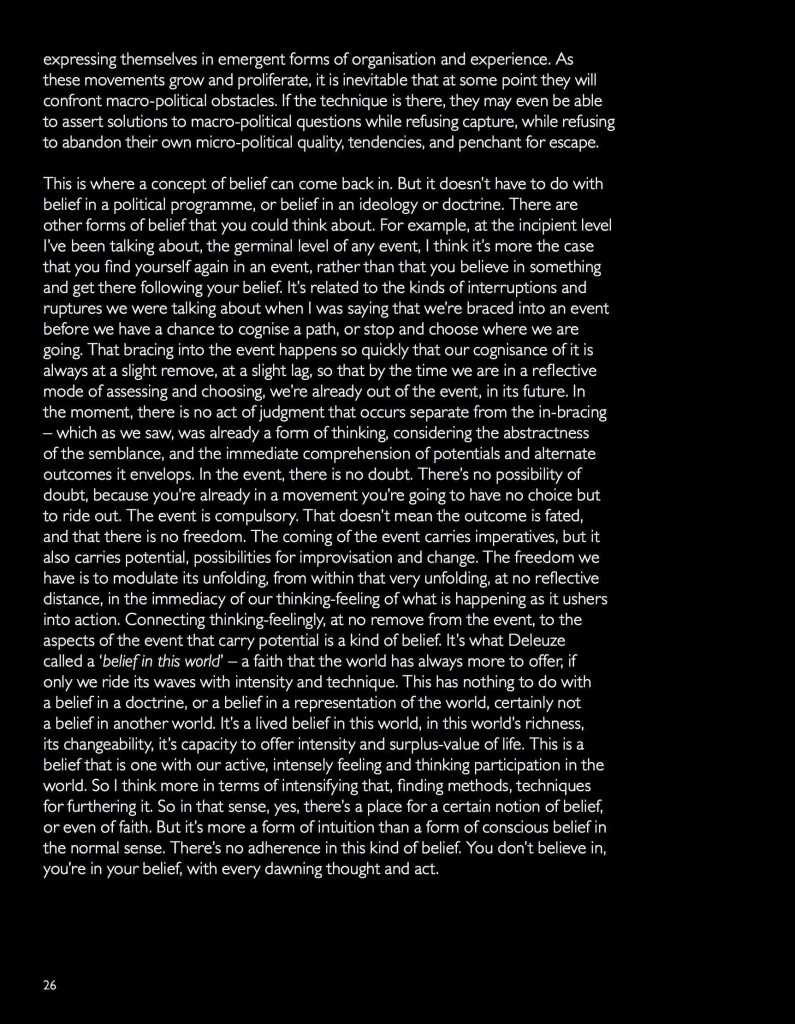 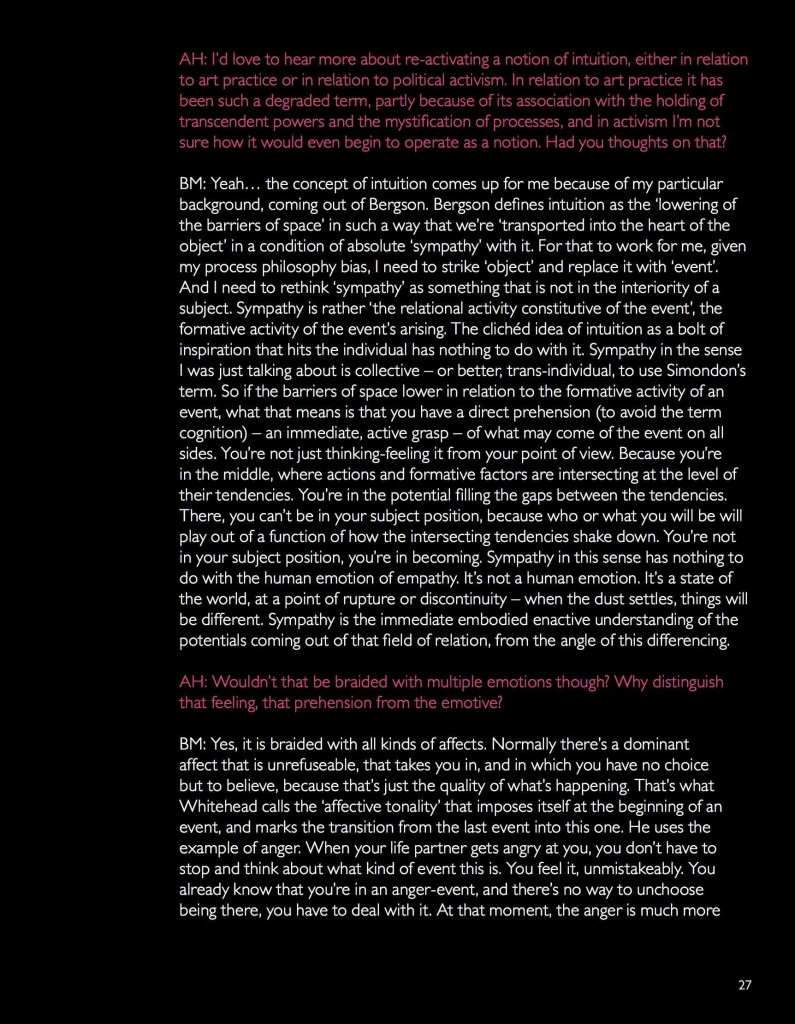 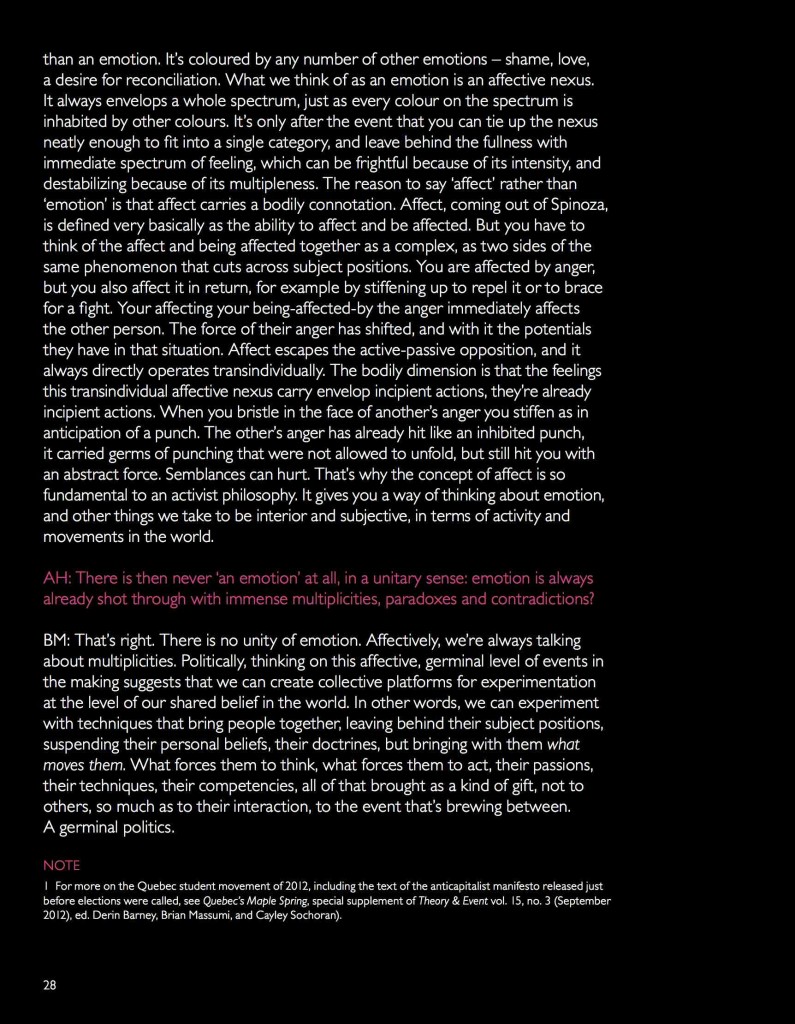