Performance Matters was a creative research project exploring the challenges that contemporary performance presents to ideas of cultural value. The project asked whether such forms of cultural practice are now being taken seriously in culture more broadly, and how they may possess the potential to refashion understandings of what, and how, things matter in the contemporary world.

Performing Idea culminated in a public programme co-curated by Adrian Heathfield at the Whitechapel Gallery and Toynbee Studios, London, 2-9 October 2010. The programme comprised a set of workshops led by three internationally acclaimed artists; a five day symposium with leading writers, thinkers and artists; a sound and video archive of seminal performance lectures; and a series of new performance lectures and redos by UK and international artists. 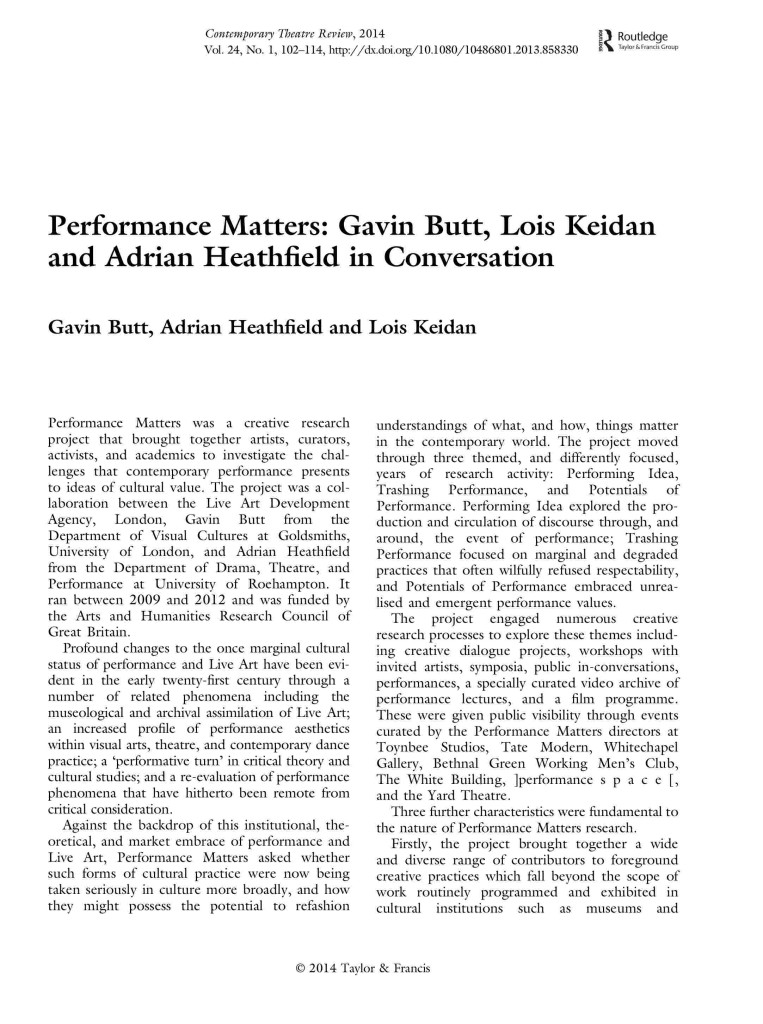 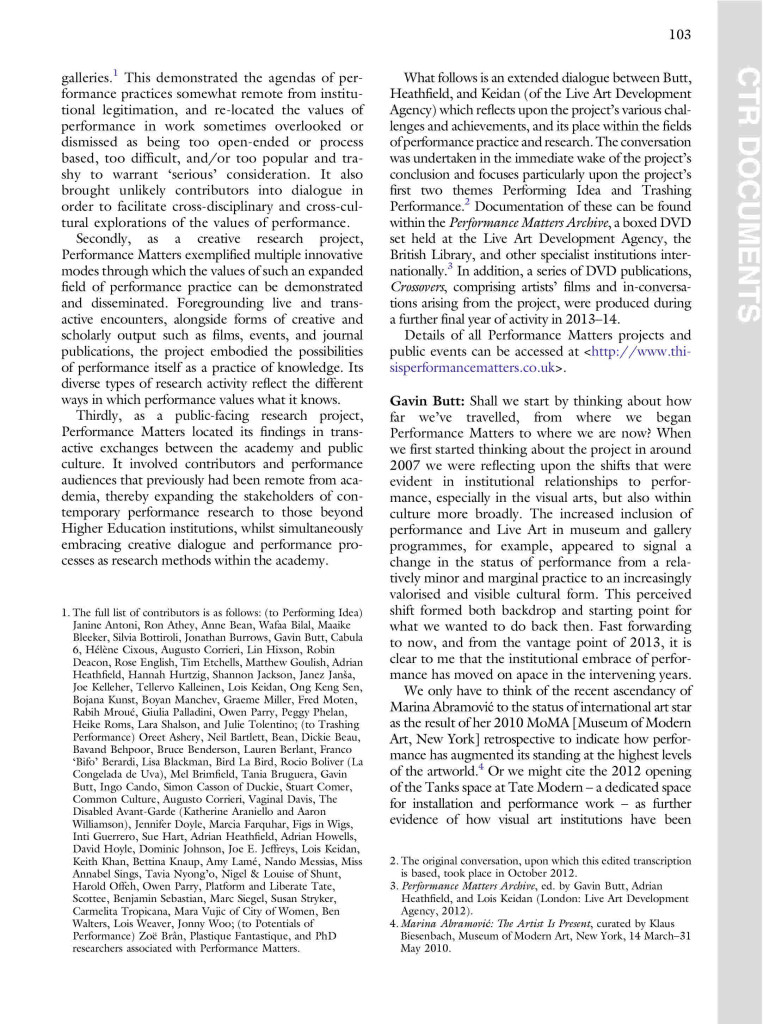 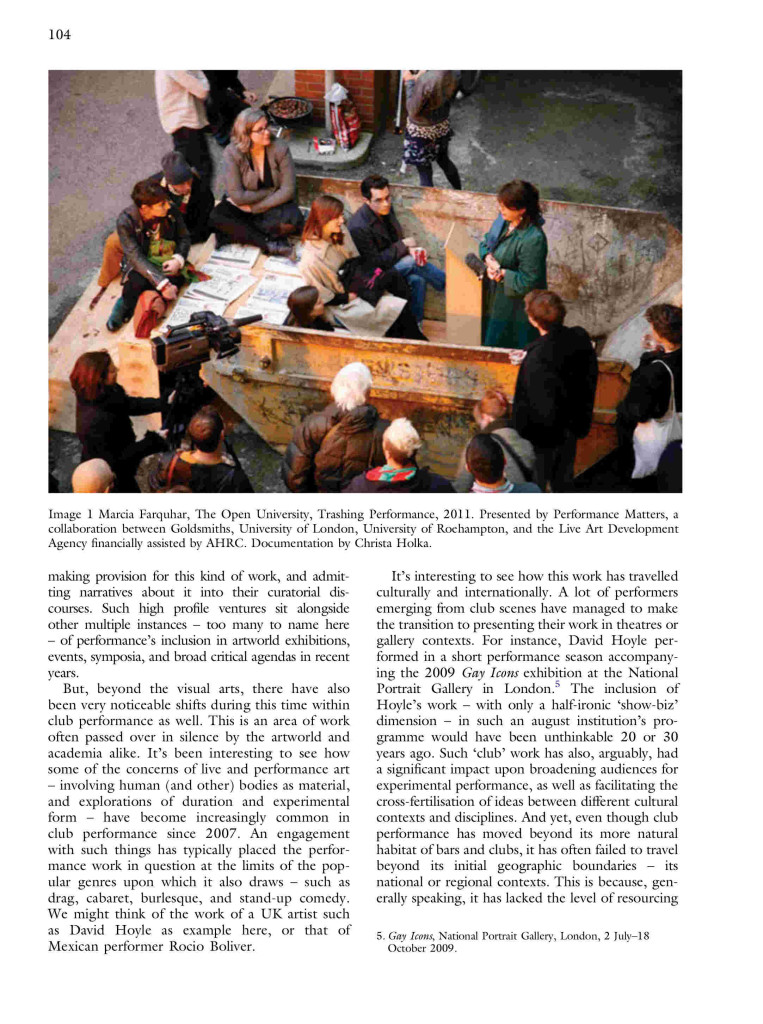 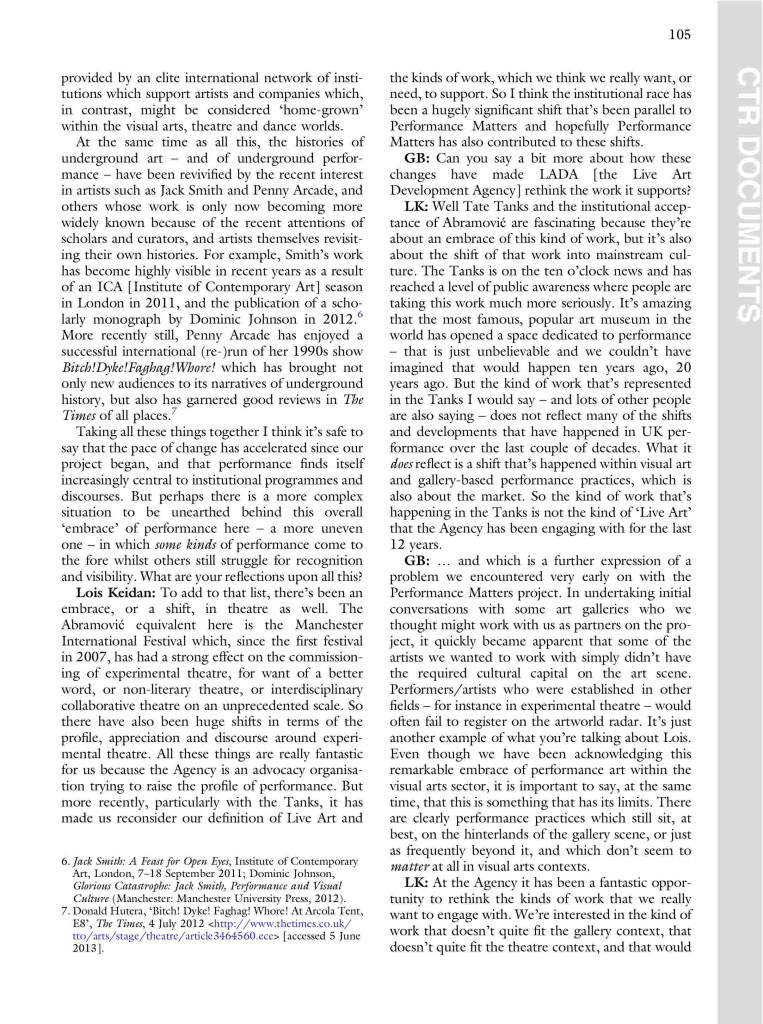 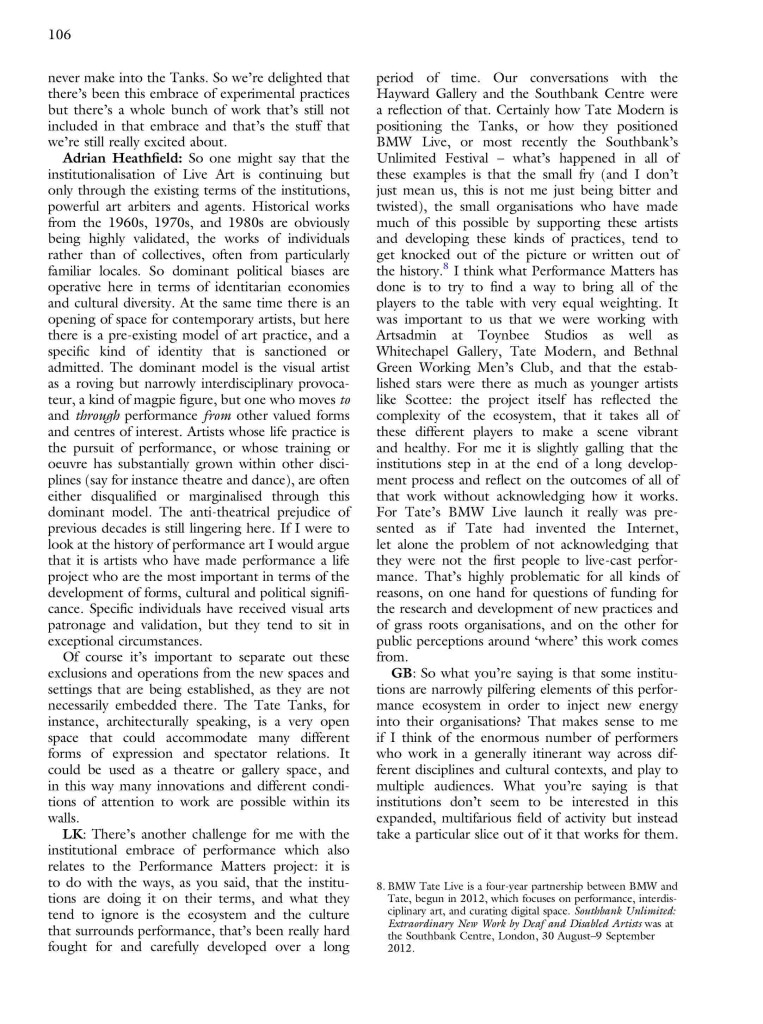 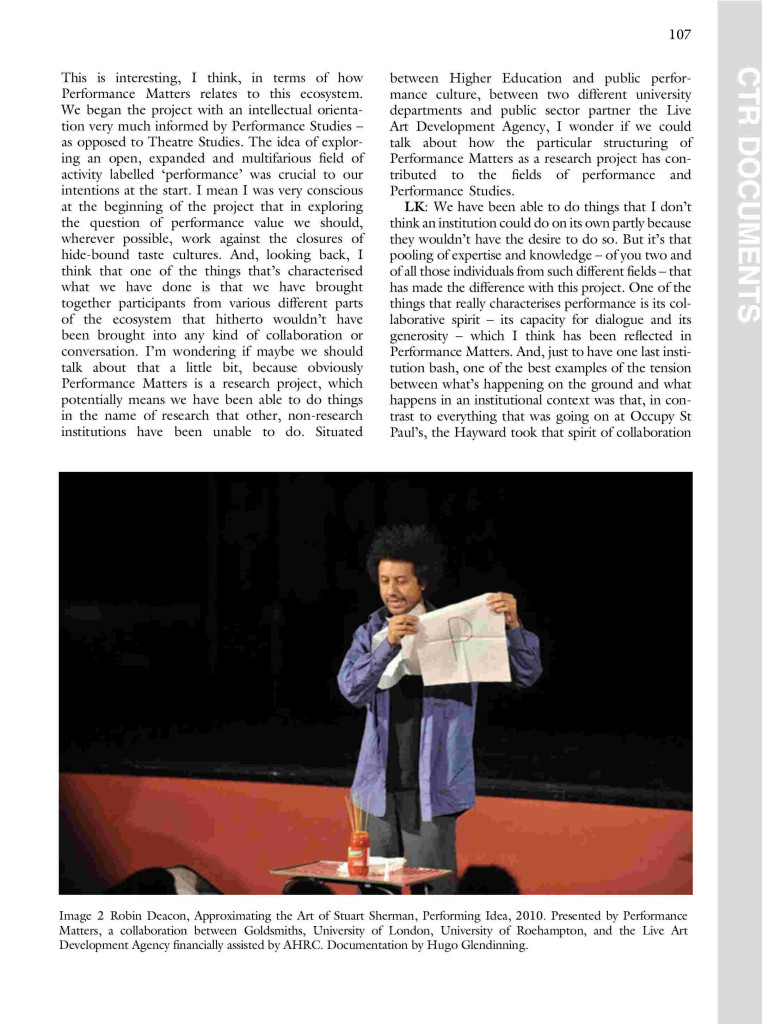 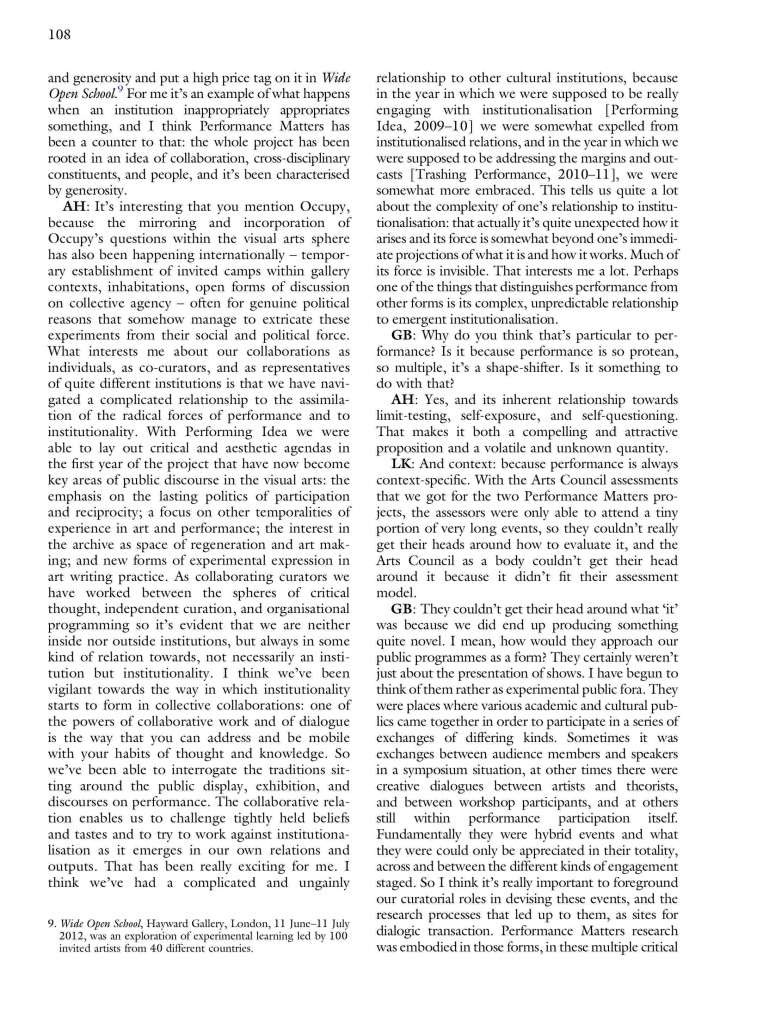 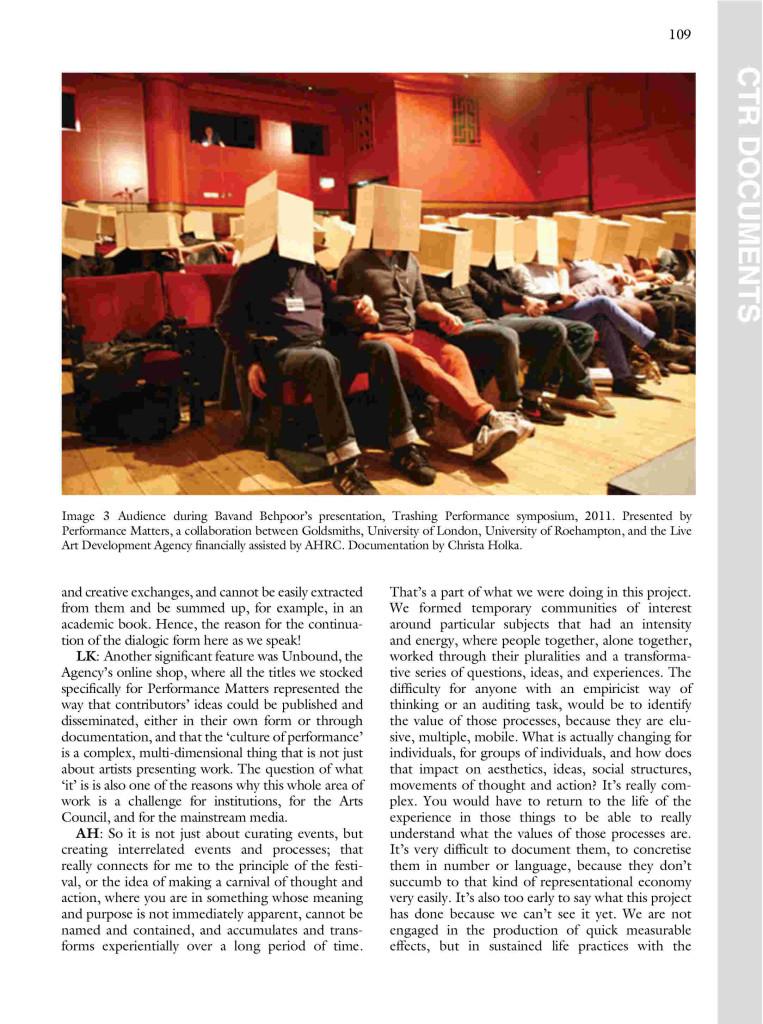 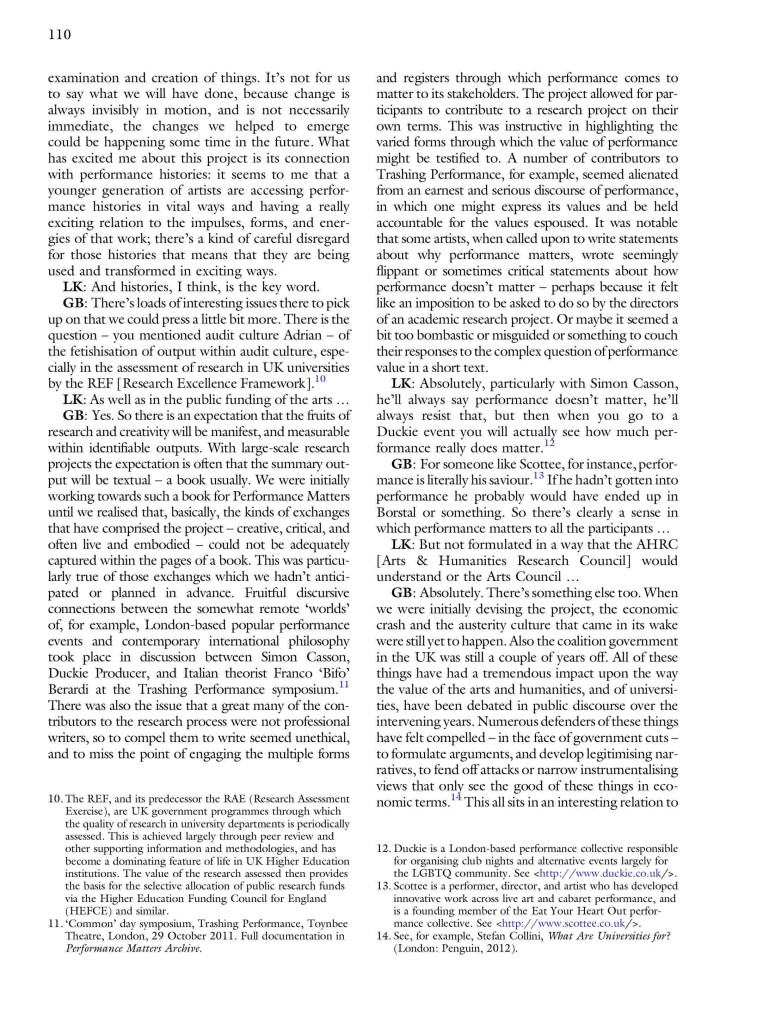 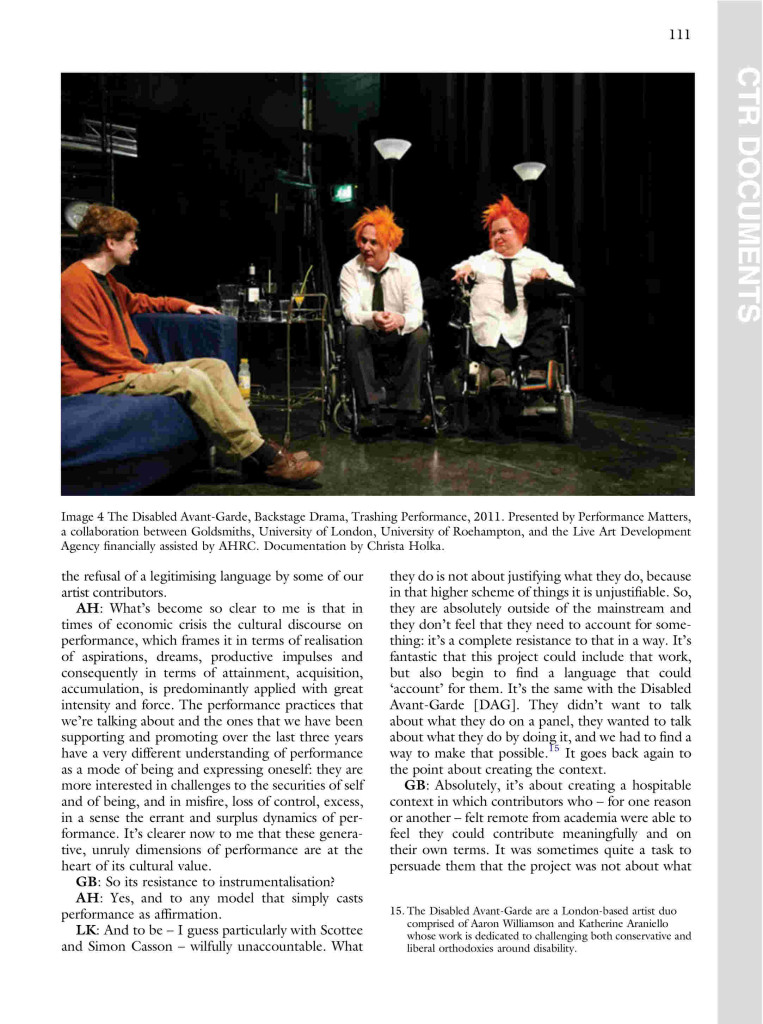 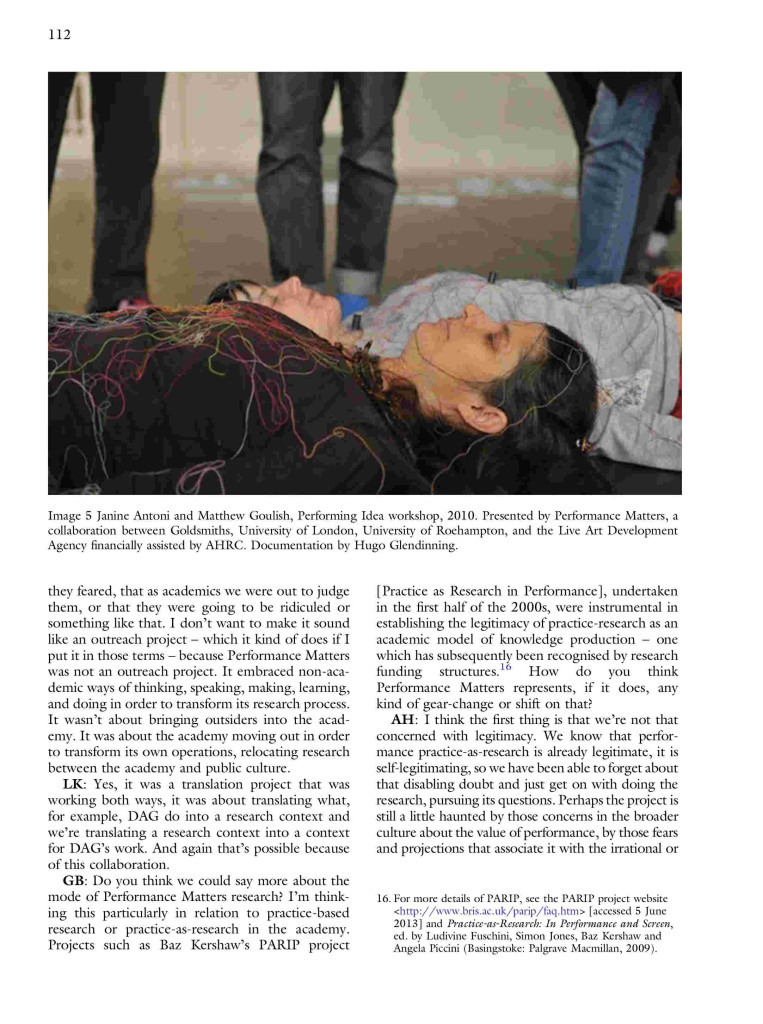 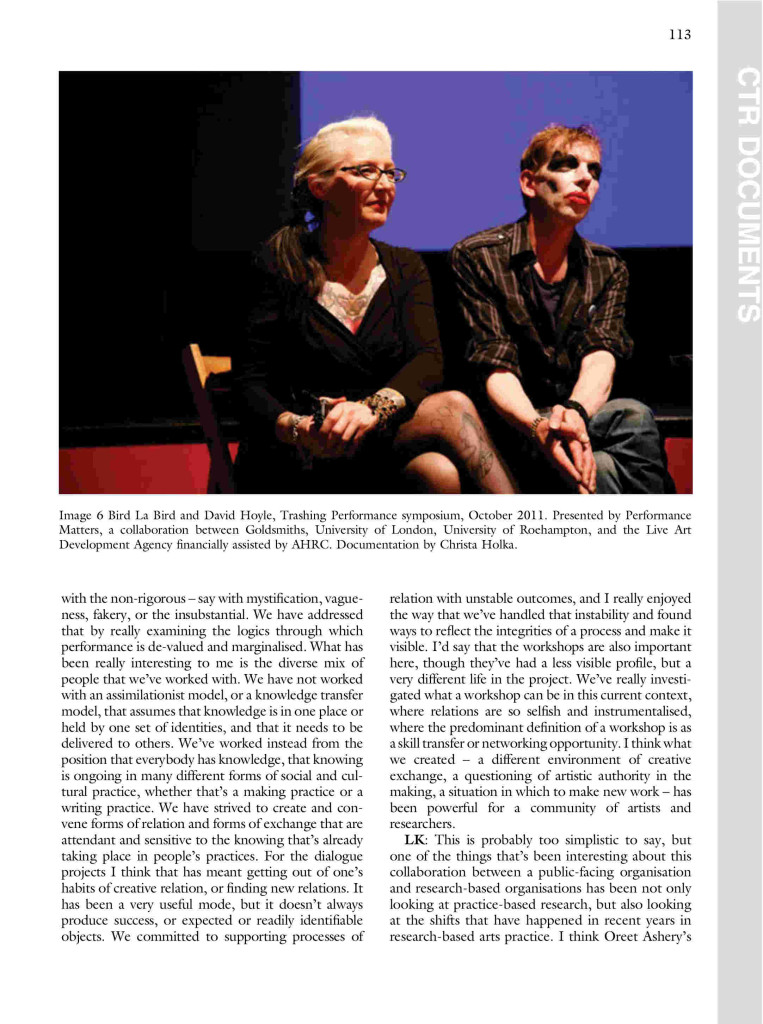 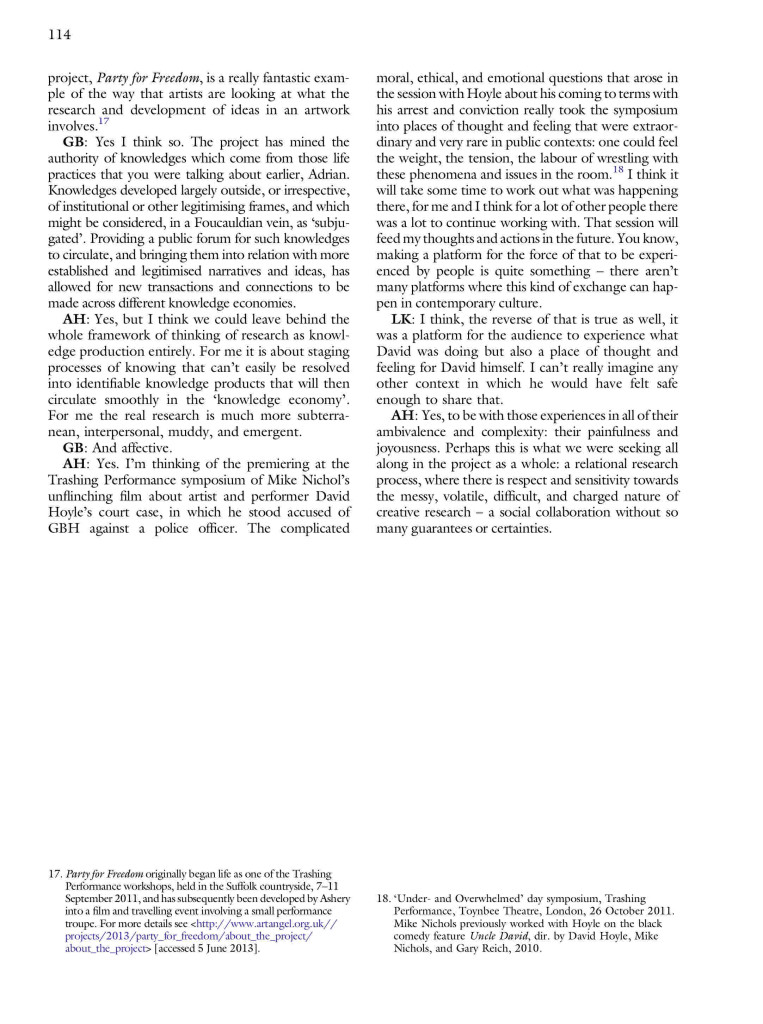